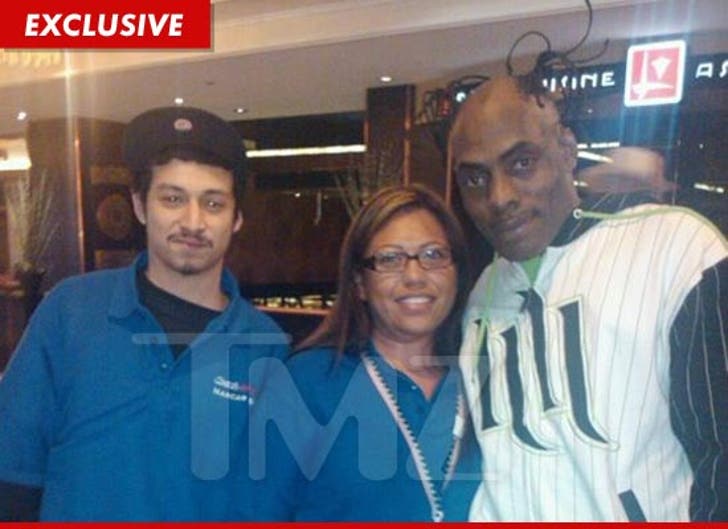 Just moments after Coolio was released from jail today in Vegas, the rapper bee-lined to the first place he could think of ... a casino ... and TMZ has obtained photographic proof.

Sources tell TMZ, Coolio waltzed into the Golden Nugget about an hour ago -- and snapped this friendly pic with staffers.

TMZ broke the story ... Coolio was arrested earlier today after cops pulled over the car he was riding in -- and discovered C had two active bench warrants out for his arrest stemming from multiple traffic violations.

Coolio was then hauled to Clark County Detention Center -- where his son Grtis is rotting away for allegedly robbing some dude at gunpoint a few months ago.