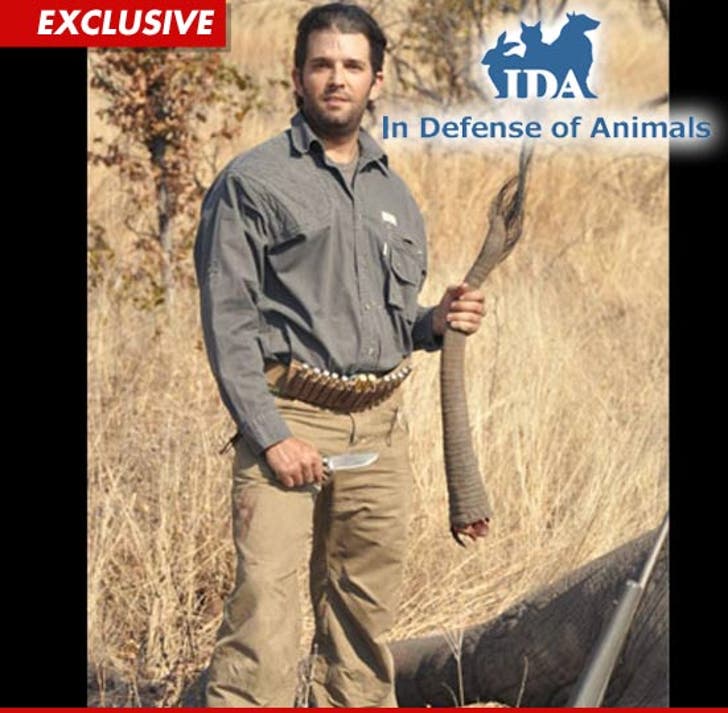 The gruesome photos of Donald Trump's sons posing triumphantly with mutilated animal corpses in Africa isn't going over too well with the animal rights groups ... duh ... and now, they're firing back ... bashing the Trumps as "pitiful" bloodthirsty morons.

TMZ spoke with Jack Carone from In Defense of Animals ... who said, "Would any intelligent person feel moved to murder a magnificent elephant, then further insult and desecrate by hacking off his or her tail as an additional gesture of dominance?"

He added, "Privilege has clearly not bought them the sensitivity or wisdom to view the world as anything but their personal playground, including the imagined entitlement to end the lives of sensitive and social animals for mere amusement."

"This is truly a pitiful testimony to their lack of character and compassion, at the ultimate expense of their innocent fellow Earthlings."

As TMZ previously reported, Donald's sons -- Donald Jr. and Eric -- went on a hunting safari in Zimbabwe a year ago this month, and proudly showed off their trophy kills -- including an elephant, crocodile, kudu, civet cat and waterbuck.