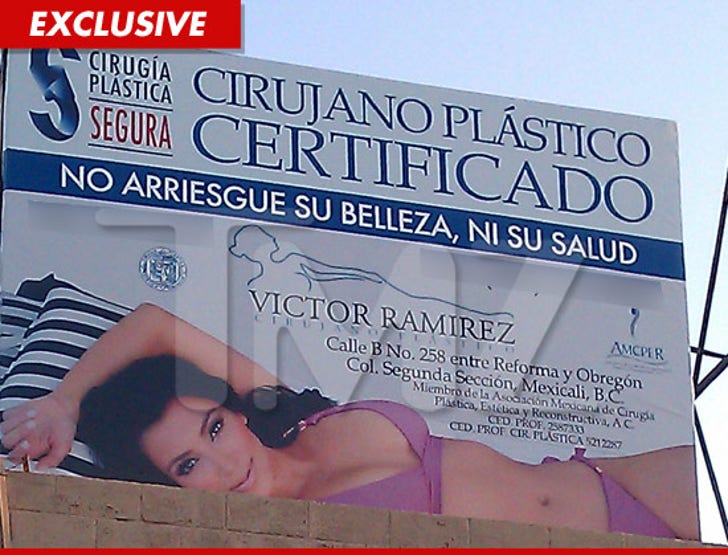 Kim Kardashian is now the poster child for plastic surgery in Mexico ... and to that she says, Estoy enojada y voy a demandar [I'm pissed and I'm suing].

Dr. Victor Ramirez had Kim's pic plastered on a billboard in Mexicali -- a stones throw from the California border -- touting, "no arriesgue su belleza, ni su salud" [Don't risk your beauty or your health].

Problem is ... el buen doctor never got Kim's permission, and we've learned she's unleashed her lawyers who are now trying to figure out how to threaten Mexican style -- without getting beheaded, of course.

We spoke with Doctor Ramirez and asked if he got Kim's permission ... to which he initially said, "Que?" And then he went on, "Obviously I did not speak to Kim Kardashian. I do not have her number."

We told the doc that in America you can't use someone's picture without permission. The doc said he would get the police involved, and then he hung up.

We'd call back ... but Harvey won't spring for long distance. 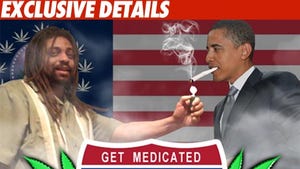 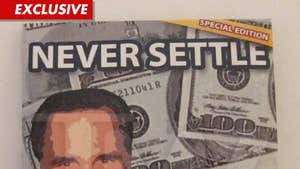