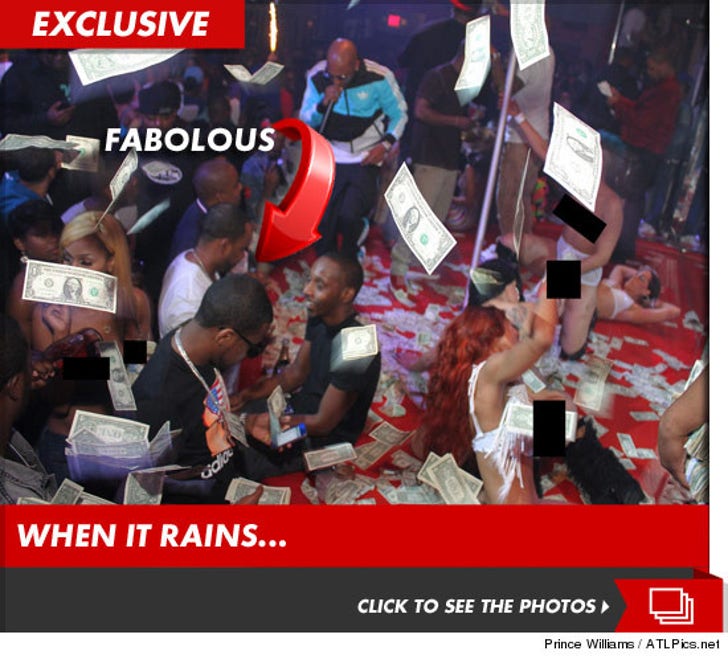 ​These pictures are insane -- rapper Fabolous lived up to the phrase "make it rain" better than ANY rapper in recent memory this week ... unleashing a $28,000 downpour at an Atlanta strip club ... and we got the pics.

The moneystorm took place Wednesday night at a new strip joint called Diamonds -- where local radio personality Kenny Burns was throwing a party -- and shocker ... Fab brought along a truckload of cash.

The cash tornado got so out of control -- a layer of money even settled on the club chandelier. 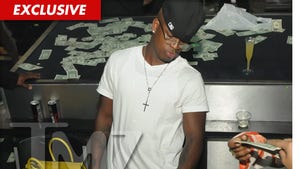 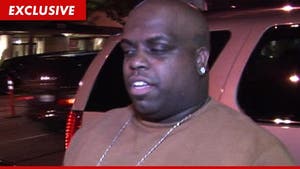 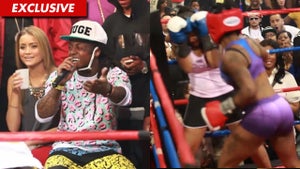