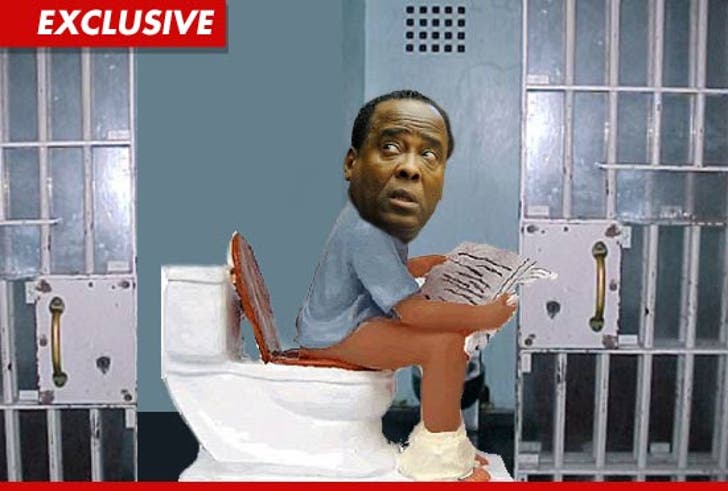 Dr. Conrad Murray has dumped 30 pounds because he's pooping out his guts, and he blames the water at L.A. County Jail.

We're told Murray has been extremely sick since becoming an inmate last November. He claims the water smells and tastes bad, and believes it has given him a horrible case of dysentery. Murray says the bad water, along with a bad diet, is ruining his health.

Murray says he can't eat jail food, and is forced to eat what he calls "cat food" which he buys at the commissary .

Murray buys canned tuna for $4.25 a pop, salmon flakes for $3.50 and canned mackerel for $2.50. Murray is telling friends that aside from cats, he's the only human being forced to eat canned mackerel.

We're told Murray is filing multiple appeals to get out of jail, primarily because his health is compromised.

L.A. County Sheriff's spokesman Steve Whitmore tells TMZ, "All inmates receive the proper nutrition and medical care that is required by law, but the Sheriff's Dept. goes above and beyond what is required."

We don't know how the appellate judges feel about explosive diarrhea, but one thing we know for sure ... jail is a really sh**ty experience.