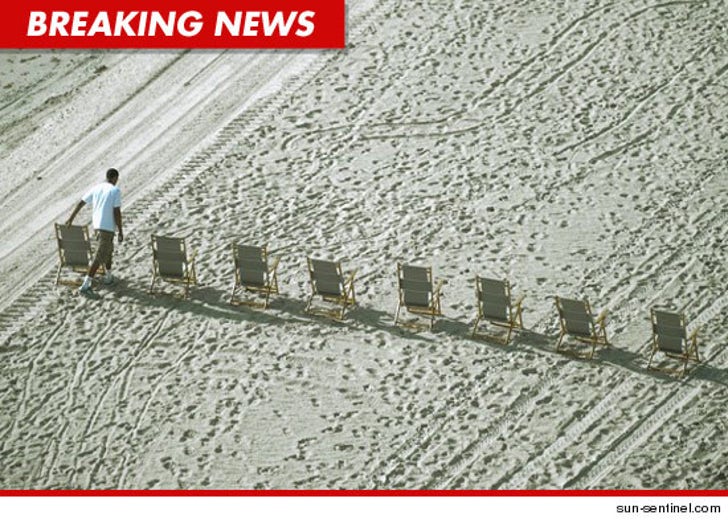 Homeowners in Hollywood Beach, Florida are at war over Trump Hollywood -- a luxury condo -- because the proud owners of the condo are claiming dibs on the area of the public beach in front of their building.

The Sun Sentinel got a picture of empty lounge chairs on the sand -- chairs set up by Trump Hollywood condo to lay claim to the prize territory. But it isn't sitting well with The Wave -- a significantly less luxurious building of condos -- because the owners and renters in that building feel they're being big-footed by their ritzy neighbors. 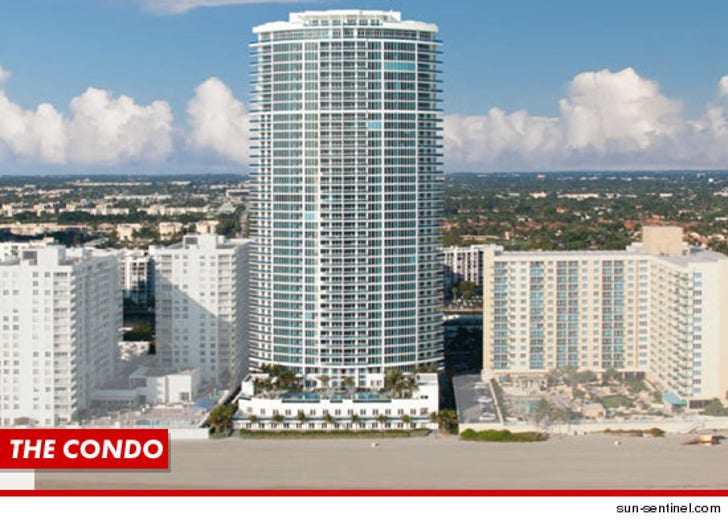 The folks who live in The Wave are staging a daily 60s version of a sit-in -- putting their lounge chairs next to the Trump Hollywood chairs. The Wave people feel like the Trump owners are trying to convert a public beach into their own private playground.

It's become so nasty security has been placed near the Trump chairs -- and the hilarious part is that the security people are wearing fancy suits. Even lifeguards have been called in to keep the peace when the name calling gets ominous. 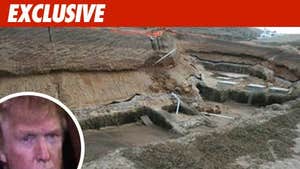 Donald Trump Sued -- We Have the Dirt! 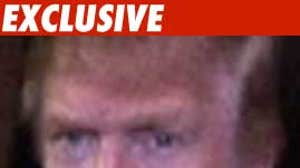 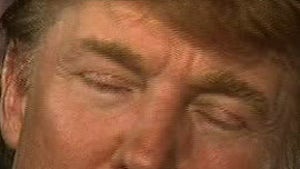