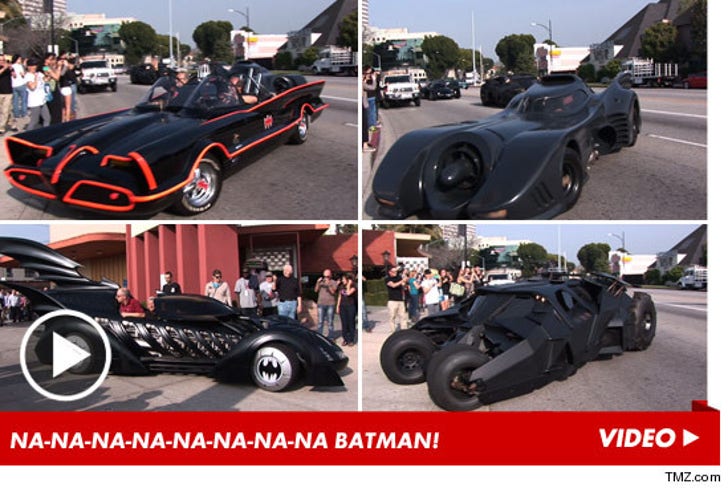 The batcave was missing a few whips this weekend ... 'cause nearly every official Batmobile featured in a "Batman" movie was on display in L.A. ... and TMZ has the video.

It all went down at Bob's Big Boy in Burbank ... right near the Warner Bros. lot ... where 3 of the coolest rides in movie history rolled in ... followed by one of the crappier versions.

George Barris -- the guy who designed the original Batmobile featured on the TV show and the 1966 live-action movie -- led the convoy in the original classic car.

Among the rest ... the batmobile from Tim Burton's "Batman" movies ... Christopher Nolan's version from "Dark Knight" ... and the abomination from Joel Schumacher's "Batman Forever" (bottom left). 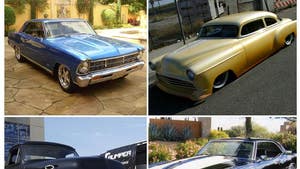 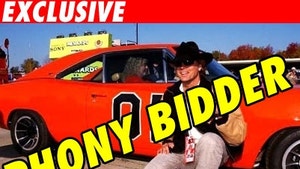