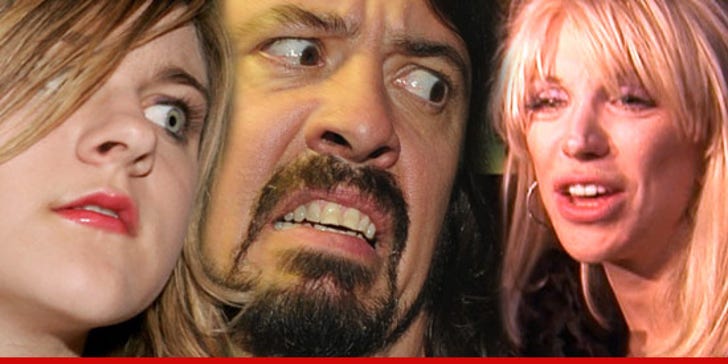 Courtney Love is a delusional LIAR who should be banned from Twitter forever ... this according to her biological daughter Frances Bean Cobain.

Frances Bean has just issued a statement in response to Love's allegations that former Nirvana drummer Dave Grohl hit on Frances during a recent encounter ... and it's clear, there's still a rift in the family.

Frances Bean states, "While I'm generally silent on the affairs of my biological mother, her recent tirade has taken a gross turn. I have never been approached by Dave Grohl in more than a platonic way."

She adds, "I'm in a monogamous relationship and very happy. Twitter should ban my mother."