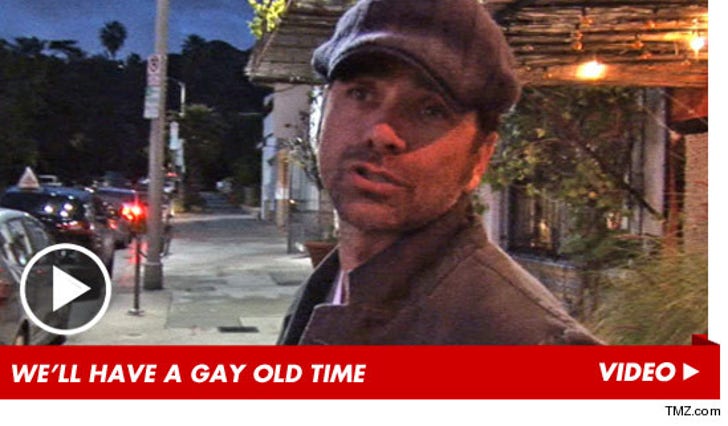 John Stamos had nothing to do with NBC editing out a gay joke using his name in a promo for "The Office" -- in fact, Stamos says he's ready to take a steam with Ed Helms any time he wants!

As TMZ first reported, NBC aired a promo for the once-funny show in which Andy (Ed Helms) attempts to convince his girlfriend he's actually gay, saying, "I had to imagine that I was in a steam room with John Stamos."

The promo was re-cut, removing Stamos' name. The joke remained in the actual show.

When we caught up with Stamos yesterday in Hollywood, he said he had no problem with the joke or the promo and actually found it quite funny.

Come to think of it ... has John Stamos ever been mad about anything ... ever? 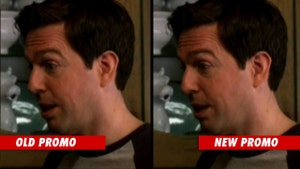