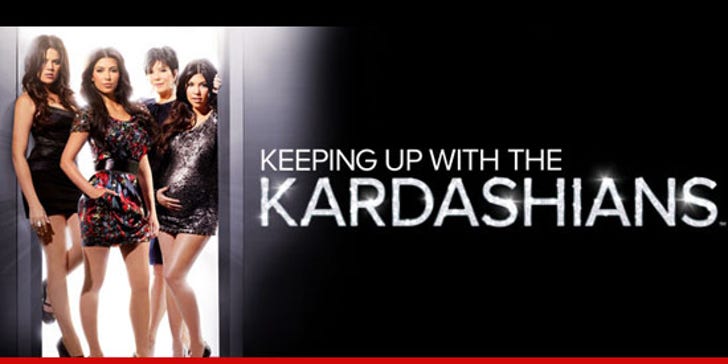 2:04 PM PST -- Sources connected to the deal tell TMZ ... Kim, Kourtney, Khloe, Kris and Bruce will get the lion's share of the money ... and they are each getting equal pay.

We're told Kendall, Kylie and Rob are on a lower pay grade -- and will be paid equally as well.

Scott Disick and his son Mason have a separate deal. Ditto for Lamar ... who hammered out a package deal to appear in both "Khloe and Lamar" and "Keeping Up with the Kardashians."

We're told the new deal ONLY includes existing shows -- so if Kim and Kanye get a new spinoff show ... they will have to bang out a new contract for even MORE money.

The Kardashian family has just signed on for 3 more seasons with E!, and it's the richest deal ever in reality TV ... TMZ has learned.

Sources connected with the deal tell us, the family will get more than $40 million for 3 more seasons of "Keeping Up with the Kardashians."

The 6th season of the show averaged 3 million viewers. The 7th season begins airing May 20.

Our sources say the $40-plus million deal does not include product endorsements and other items associated with the show that Kim, Kris and the rest of the brood are able to hock.