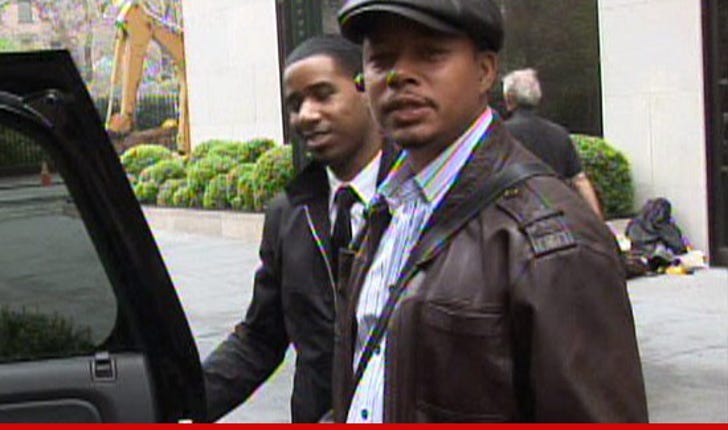 In the midst of a nasty divorce with his allegedly racist wife, Terrence Howard somehow found time to tackle ANOTHER legal dispute -- this time with an ousted ex-manager, who claimed Howard owed her mega bucks in unpaid commission.

The manager -- a woman named Victoria Fredrick -- filed a lawsuit against the actor last year, claiming Terrence owed her $137,500 for work she did while he starred in "Winnie" and "Fightin," for which Terrence earned a combined $2.75 million.

Fredrick also claimed Terrence owed her residuals from some of his biggest movies -- "Hustle and Flow", "Get Rich or Die Tryin", "Iron Man" -- PLUS over 100 future movies not even made yet.

But Howard furiously shot back -- claiming Fredrick was a "personal manager" only insofar as she answered phones and ran errands ... she did NOT help babysit his movie career, or have a stake in future projects.

Terrence said he paid her adequately while he employed her -- including some commission -- but any money demands she made beyond that were BS.

But it's all water under the bridge now -- the case was dismissed last week ... after the parties settled out of court for an undisclosed amount. 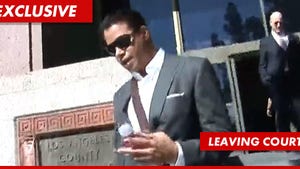 Terrence Howard Divorce -- You Must Pay $50,000 to Your Sworn ENEMY 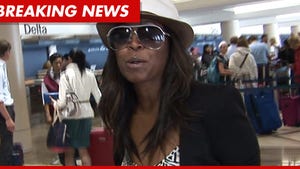