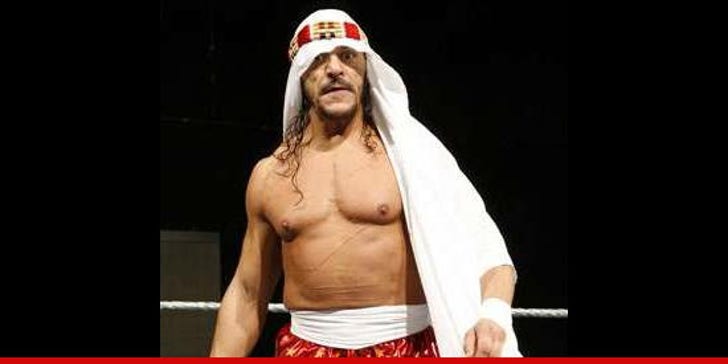 Sabu -- a hardcore wrestling icon -- was rushed to the hospital before a scheduled event tonight in Pennsylvania ... TMZ has learned.

Cops in Travose, PA tell TMZ they were dispatched to a hotel for a medical emergency, but wouldn't elaborate. The manager at the hotel where Sabu was staying tells TMZ the staff there felt the wrestler was intoxicated when paramedics were called.

A source close to Sabu tells TMZ he had been MIA all day and promoters for an ECW reunion event he was scheduled to appear at could not get in touch with him.

According to our source, Sabu had an allergic reaction to a medication he had been taking.

Sabu is one of the top-billed wrestlers at the Extreme Reunion tonight, but we're told he'll be a no-show.

A rep for the event tells TMZ, "Sabu was found unresponsive in his hotel room earlier today when event staff went to his room to pick him up for tonight's show. Management is currently awaiting results from his doctors to find out what actually happened."

The rep continues, "All we know is that he had prior health issues that might have been a contributing factor. We're pulling for him and are very concerned for his health. We wish him the best of luck in his recovery."

A spokesperson for the WWE tells TMZ ..."We have reached out to Sabu in the past as part of our Former Talent Rehabilitation Program. We will continue to offer him assistance."