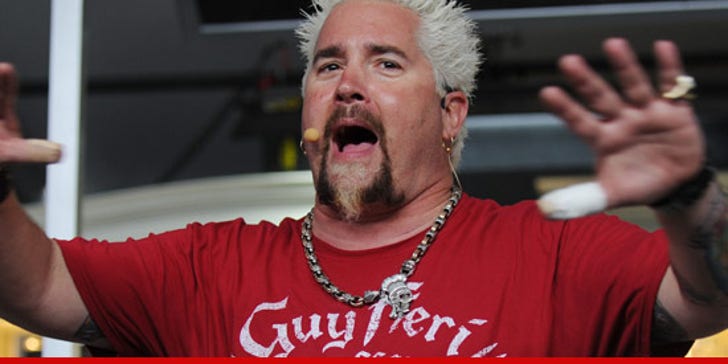 Guy Fieri had a GREAT weekend ... 'cause cops finally recovered the chef's missing yellow Lamborghini ... after it was jacked in a "Mission Impossible" style heist last year.

Guy last saw his 2008 Lambo Gallardo -- worth roughly $200k -- in March 2011 ... when some crook went into the British Motor Car Distributors dealership in S.F. ... rappelled down from the roof ... slithered through a window and sped off with the ride.

But this weekend, the Marin County Sheriff's Dept. made a HUGE break in the case ... when they arrested a 17-year-old boy on a gun charge ... and decided to search a storage unit that belonged to him. 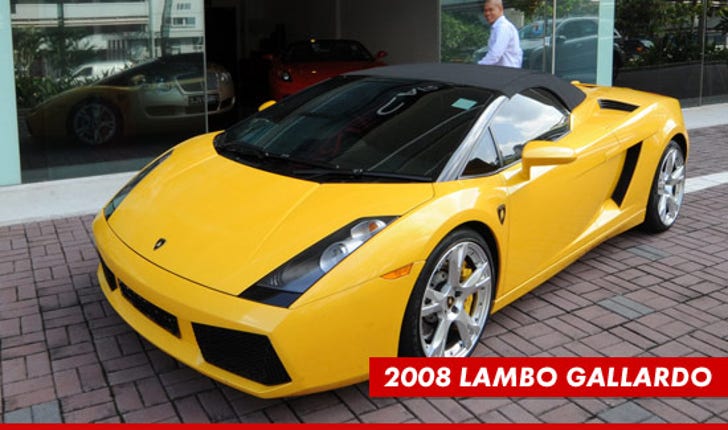 When cops opened up the unit ... they found the Lambo. We're told the 17-year-old is a "person of interest" in the theft ... and the case is still under investigation.

Law enforcement tells TMZ ... the car is currently being held by the Sheriff's Dept. because it is considered evidence in the case ... but a judge could release the vehicle back to Guy in the near future.

TMZ spoke with Fieri ... who told us, "I would like to thank the Marin County Sheriff's office and the Mill Valley Police Department for their hard work and effort in the recovery of my car."

He added, "I'm glad we can put this behind us, and feel better knowing that justice is being served." 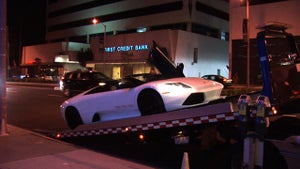 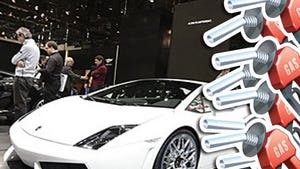 How the Eff Is a Lamborghini "Green"? 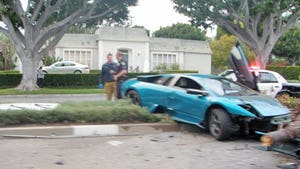