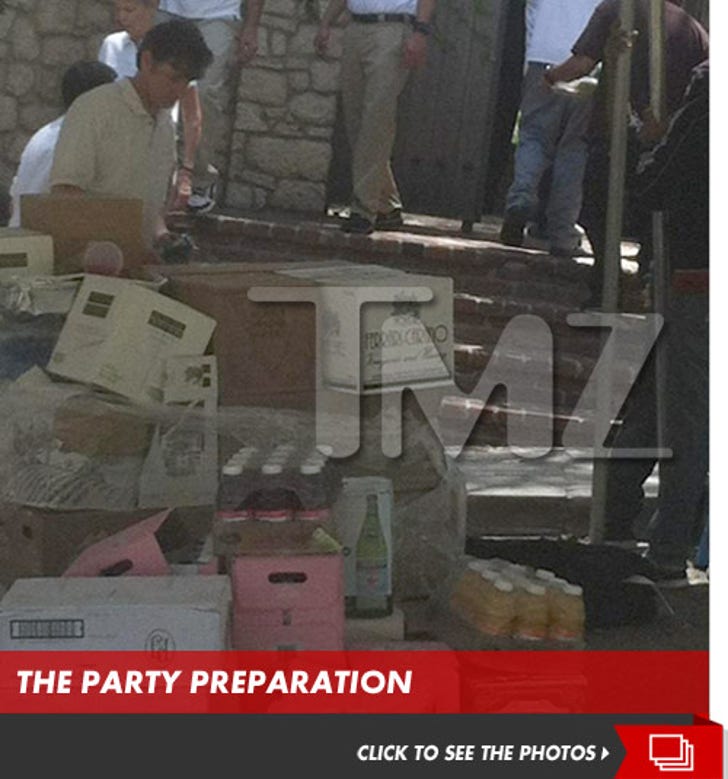 Wolfgang Puck and his band of merry caterers have ARRIVED at George Clooney's house for the ginormous Obama fundraiser tonight -- and they're already carrying in trays of delicious, fancy-people food.

Among the delectables -- racks of meat, an assortment of sauces, apples, cherries, watermelon, an array of breads, Evian water, and beer. Delicious, delicious beer.

As we first reported, the Spago impresario was hired to feed the 150 people who are each shelling out $40,000 to rub elbows with Obama at Clooney's pad. We're told the food's expected to be "better than the Oscars."

Wolfgang and Co. are under orders to keep everything top secret. 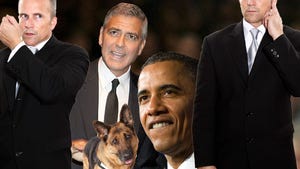 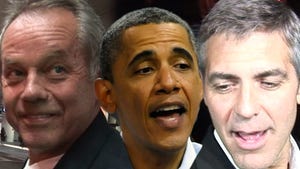