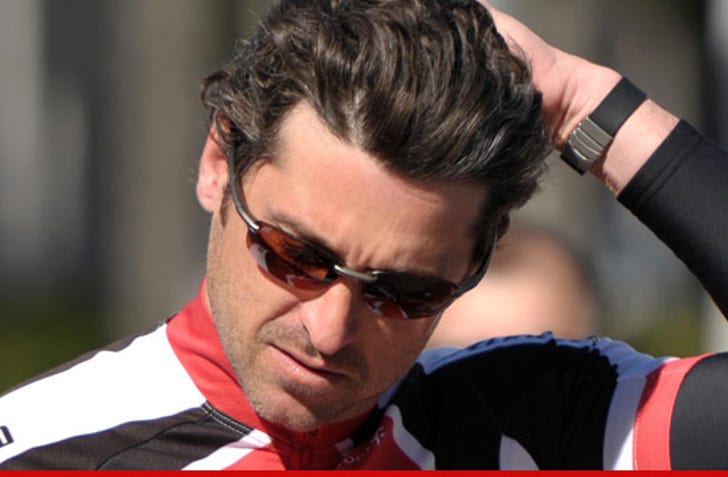 "Grey's Anatomy" star and real-life car accident hero Patrick Dempsey is in dire need of rescue himself ... or at least his dogs are, but this story may have a happy ending.

Sources close to Patrick's dogs tell us, the actor adopted two American Bulldog-Staffordshire Terrier mixes from an animal rescue in Texas recently -- but the two dogs (sisters and both alphas) were literally at each other's throats ... and Patrick's worried they might kill each other.

So, the Dempseys decided to put BOTH dogs -- Daisy and Ginger -- up for adoption on Ace of Hearts private adoption website.

We're told the Dempseys wanted to keep one of the dogs, but listed both to maximize the chances of adoption.

Here's the good news. We're told it looks like someone from a good home is going to adopt Ginger, though it's not a done deal. If it goes through, Daisy will be firmly ensconced in the Dempsey homestead.

FYI, the Dempsey's are big into animal rescue. Among their adoptions -- an 80-pound tortoise from the Valley Wildlife Rescue Center.