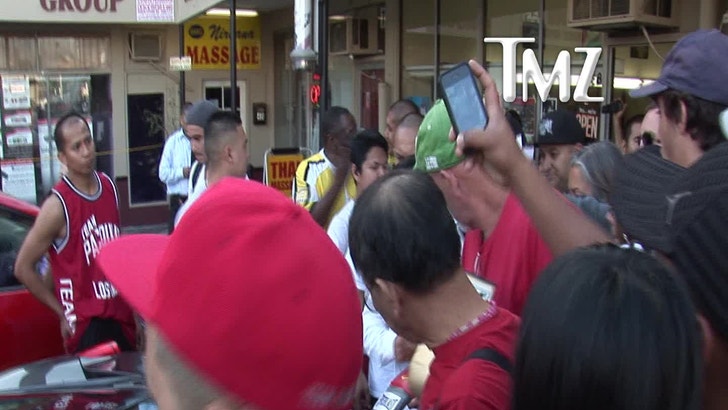 Hours after a report surfaced in which Manny Pacquiao allegedly insinuated that all gay people should be put to death ... the boxer rolled over to his L.A. gym ... where he was SWARMED by adoring fans.

Manny ignited a media firestorm yesterday over an interview with National Conservative Examiner. Manny was asked about Obama's stance on gay marriage ... and the report made it seem as though he referenced Leviticus 20:13.

"If a man lies with a man as one lies with a woman, both of them have done what is detestable. They must be put to death; their blood will be on their own heads."

After the report surfaced, Manny was reportedly banned from The Grove in L.A. -- where he was supposed to do an interview with Mario Lopez from "Extra."

Instead, Manny hit the gym ... cheered on by his fans.

A rep for "Extra" tells us the interview has been rescheduled to a different location.