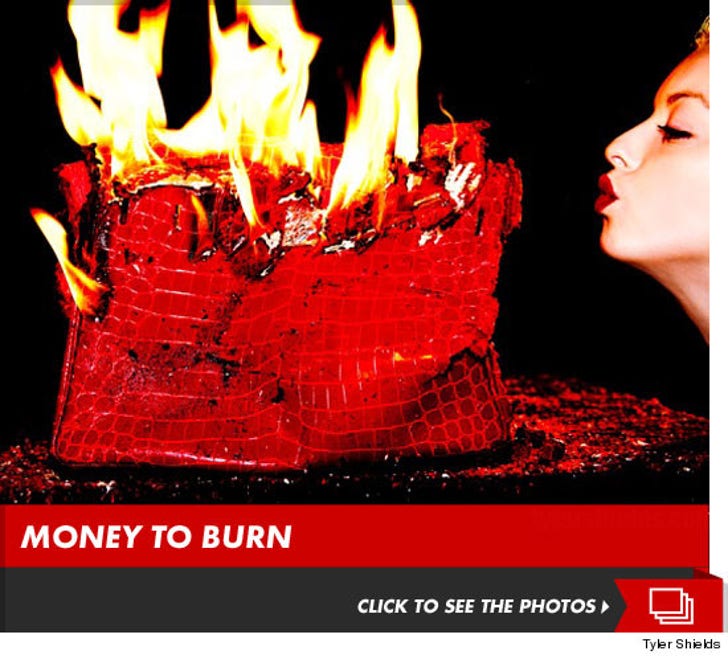 Clint Eastwood's daughter must have waaaaaay too much money to blow, 'cause the reality TV star just lit a $100,000 Birkin bag on fire ... all for the sake of a photo shoot.

19-year-old Francesca Eastwood -- who stars in the E! show "Mrs. Eastwood and Company" -- and her celebrity photographer boyfriend Tyler Shields decided to drop some major cash on the Hermes hand bag ... just so they could DESTROY IT!

If you don't know, the luxury-item bags range from $9,000 to $150,000 a pop (this was the $100k version) which apparently made no dent in the duo's wallet, because they sliced it in half with a chain saw and then let it burn -- all while the camera captured the fashion murder on film.