"Real Housewives of Atlanta" star Kim Zolciak just dug herself a hole to China by telling us Monday she is not living in her home illegally -- turns out, what she told us was a big fat LIE, because TMZ has the lease.

Kim is embroiled in a verbal war with her landlord, Kendra Davis. As we reported, Davis has said she's trying to evict Kim because she has no right to live in the house and won't pay rent. For her part, Kim insisted she's paid every cent of the ren and the lease was still in effect.

So here's the smoking gun ... According to the lease, either Kendra or Kim had a right to terminate the lease by giving written notice 30 days before May 30. If no one gave notice, the lease would be extended beginning in June on a month-to-month basis.

But here's the deal ... Someone did give 30 days notice -- AND IT WAS KIM AND HER HUBBY!! Take a look at Kroy Biermann's email to the landlord dated March 29, 2012. So the lease officially terminated May 30 -- so she lied to us when she said it was still in effect.

It's now June 5 and Kim and Kroy are still in the house. Under the lease, they're considered squatters -- i.e., illegal tenants -- and the lease says they are required to pay $600 for every day they illegally stay. The landlord says they haven't paid $600 a day, so it appears Kim also lied to us when she said she was totally current on rent.

The landlord gave us a letter that she sent Kim and Kroy today ... telling them they're in the house illegally and must vacate immediately, and if they don't she'll see them in court.

4:28 PM PT -- Kim now admits she hasn't been paying the $600-a-day penalty for staying past the lease term, but says she plans to make a lump sum payment when she finally moves out ... which she says will be ASAP. 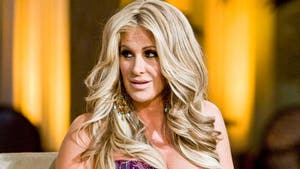 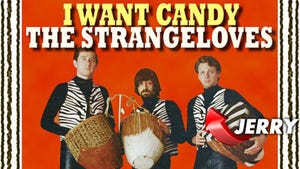