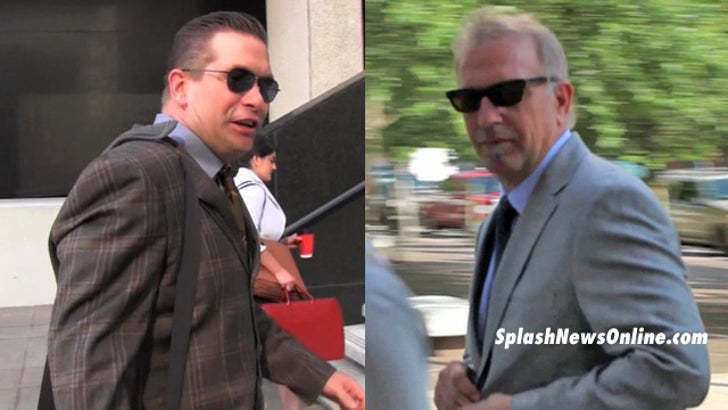 It's day two in Stephen Baldwin's epic trial against Kevin Costner -- and Baldwin just showed up at the courthouse guns drawn ... ready to bring his A-game.

Baldwin arrived at New Orleans court moments ago with a big smile on his face -- claiming he feels great. Costner appeared slightly more stoic on his way inside.

TMZ broke the story ... Baldwin sued Costner back in 2010, claiming the actor tricked Baldwin into prematurely selling off profitable shares in a company that builds machines designed to clean up oil spills. The company later scored a $52 million deal with BP. 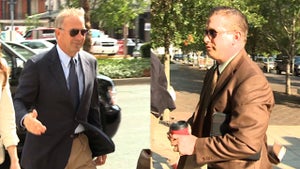 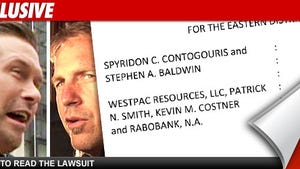