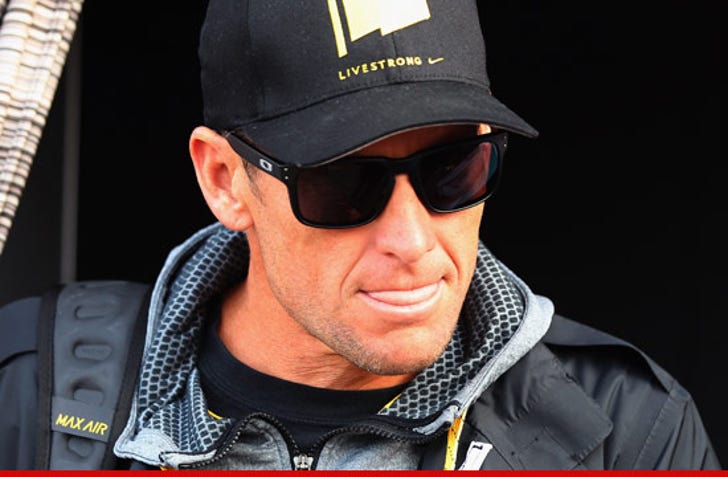 Lance Armstrong has been BANNED from competing in triathlons ... effective immediately ... over new allegations that he participated in a massive doping conspiracy.

According to the Washington Post, the U.S. Anti-Doping Agency has smacked Armstrong with formal charges ... claiming Lance and 5 of his cycling associates conspired to use and distribute illegal substances from 1998 until 2011.

The USADA also claims it collected blood samples from Armstrong in 2009 and 2010 that were “fully consistent with blood ma­nipu­la­tion including EPO use and/or blood transfusions.”

Now, Armstrong is firing back in a new statement .... claiming the allegations are "baseless, motivated by spite and advanced through testimony bought and paid for by promises of anonymity and immunity."

Armstrong continues, "I have never doped, and, unlike many of my accusers, I have competed as an endurance athlete for 25 years with no spike in performance, passed more than 500 drug tests and never failed one."

"That USADA ignores this fundamental distinction and charges me instead of the admitted dopers says far more about USADA, its lack of fairness and this vendetta than it does about my guilt or innocence."