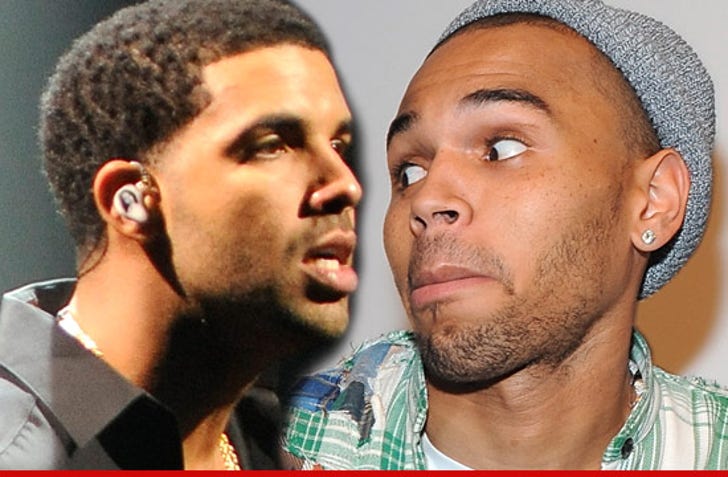 Drake flashed his middle finger, engaged in serious trash talk, and drafted several other rappers to join his posse ... minutes before the all out brawl with Chris Brown, according to multiple witnesses in the club.

We're told the tension started building when Drake gave the middle finger to one of Chris' bodyguards and shouted ... "I'm about to go whoop that ass!" Chris' entourage then returned fire with a few hand gestures of their own.

Witnesses -- who were very close to the action -- tell us that Drake felt disrespected ... even though he started the exchange ... and went to get backup from his boys Meek Mill, Juelz Santana, and Trav B.

At this point, we're told Drake got loud and shouted at Chris ... "You be on that ho s**t on Twitter n***a" -- a clear reference to a recent Twitter war between Chris, Drake, and Meek ... all over who's banging Rihanna.

Interestingly, everyone agrees Drake never got physically involved in the brawl -- even though his mouth ... and finger ... sparked it all.