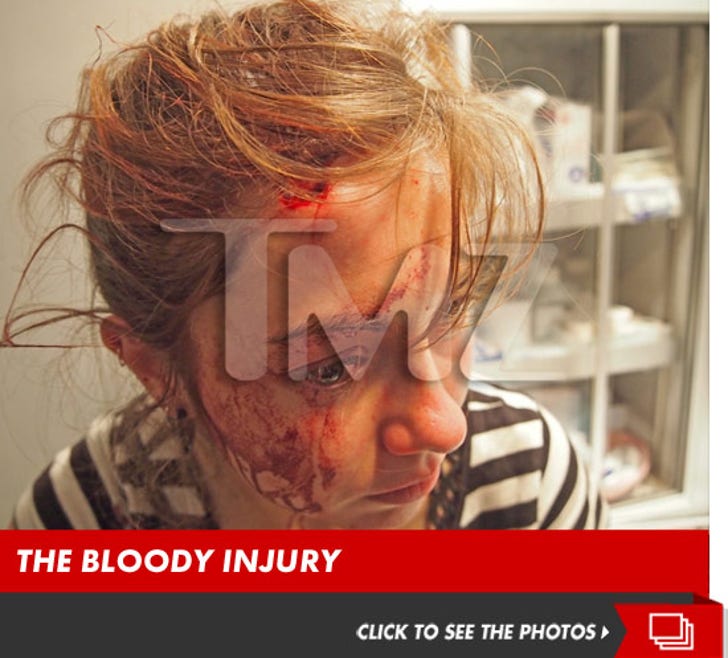 An innocent female clubgoer was gushing blood last night ... after she was struck by a flying bottle in the middle of the Chris Brown nightclub brawl ... TMZ has learned.

TMZ spoke with Hollie C. -- a 24-year-old Australian tourist who went to club W.i.P. Wednesday night with some friends.

Hollie tells us she was hanging out and having a good time when the brawl exploded between Brown's entourage and Drake's entourage.

Hollie tells us, "Within a few moments of noticing glass being thrown around, I saw a glass bottle headed towards me; consequently hitting me in the head."

"I immediately started to bleed and proceeded to fall in and out of consciousness."

Hollie says ... in the midst of the chaos, she was transported to a local hospital by herself where she received 16 stitches to close up the bloody gash. She also received a tetanus shot.

Hollie was released from the hospital early this morning ... and has since filed a police report ... but tells us, "I had to take the subway home with no money or jacket. Nobody would even sit beside me. My friends were so scared because they did not know where I was." 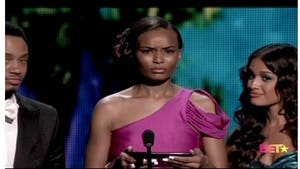