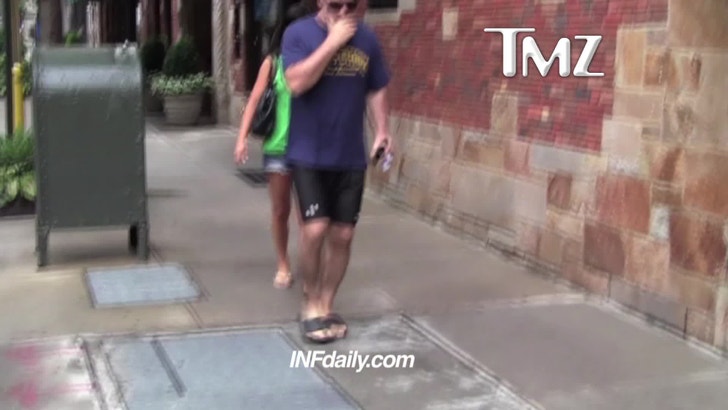 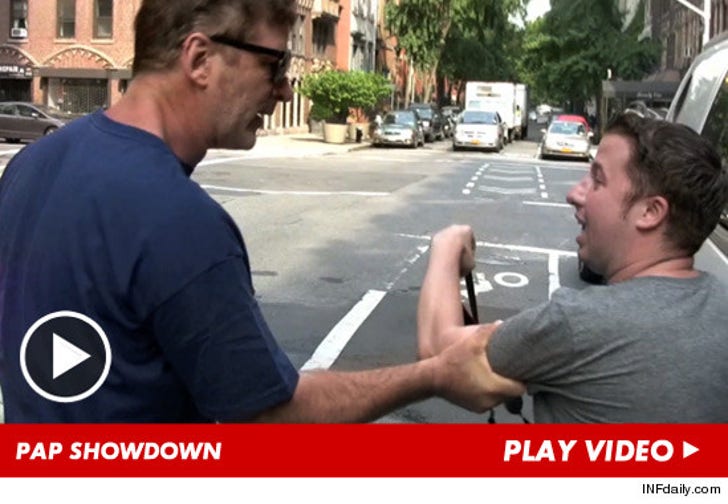 Alec Baldwin got physical with ANOTHER photog in New York City moments ago ... verbally blasting the guy in the middle of the street, squeezing his arm and ordering him to scram.

It's unclear what touched off the aggressive confrontation ... but we do know the paps have been following Alec all over the place since the infamous shoving incident at the court house last week.

It seems Alec finally had enough ...

This time, Alec -- clutching a pink stuffed animal -- approached one of the photogs who was hanging out in front of his apartment building and lashed out, "I want you to shut the f**k up ... leave my neighbor alone ... get outta here."

At one point, at the beginning of the confrontation, It sounds like Alec says to the photog, "I know you got raped by a priest or something."

Then, in an effort to assert his dominance, Alec got right in the pap's face ... and in a menacing tone said, "You little girl."

The pap tried to explain himself, but Alec wasn't having it ... and walked back into his building.

Even though he might have been baited, the confrontation may not have been the smartest move for Alec ... since the NYPD is still investigating the actor for assault over the court incident.

8:39 AM PT -- A source connected with Alec Baldwin tells TMZ ... the photog had confrontations with other residents in the building before the incident with Alec.

The source also says ... when one resident asked the photog to stop "harassing everyone," the photog told the person, "f**k you." 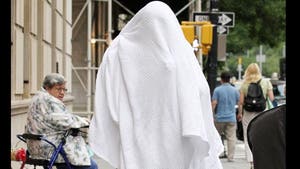 Alec Baldwin -- White As a Sheet After Pap Scuffle 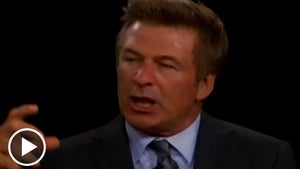