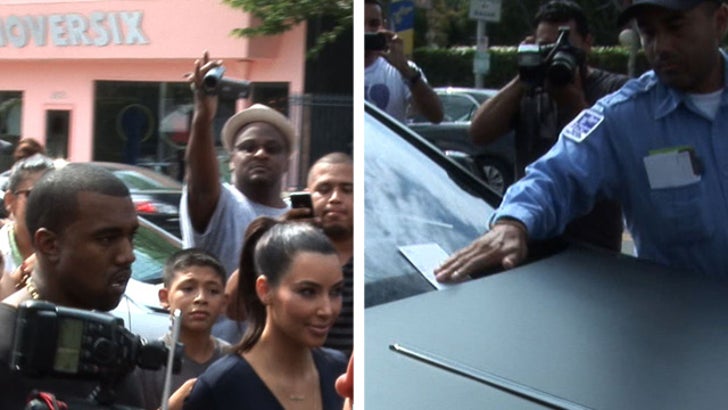 Kim Kardashian was able to get out of a ticket on Thursday, but her luck ran out on Friday ... when she was ticketed at the grand opening of HER OWN STORE ... and the crowd loved it.

Kim rolled up the new Dash store on Melrose in Hollywood this afternoon in her new Rolls-Royce with boyfriend Kanye West by her side. They went in the store after being mobbed by fans and paparazzi, so you would think one of them would have gone inside a short time later as she was getting a ticket ... but that didn't happen.

Once the guy was done writing it up and placed it on the car, the fans and paps still outside gave the guy a bronx cheer. By the time KK and KW emerged from Dash, the ticket was gone ... probably scooped up by an assistant or security staffer.

In fact ... this could be the first time Kim even hears about it. 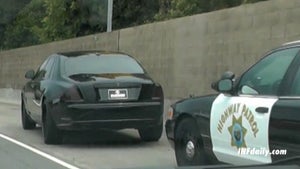 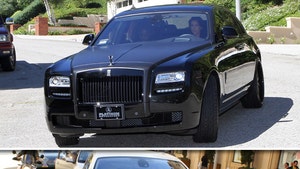 Kim Kardashian -- Back to Black ... Rolls-Royce