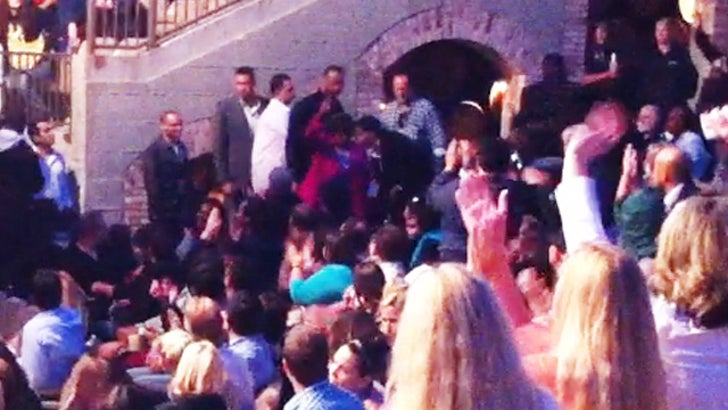 Despite a public family showdown, Katherine Jackson and Michael Jackson's three kids all showed up at the Jackson Brothers' "Unity Tour" ... even though one of the members, Jermaine Jackson, is actively trying to overthrow the MJ estate.

TMZ obtained footage of Katherine arriving at the concert in Saratoga, CA last night (to a small round of applause from the crowd) where Marlon, Tito, Jackie and Jermaine are continuing their tour, despite the current family rift. 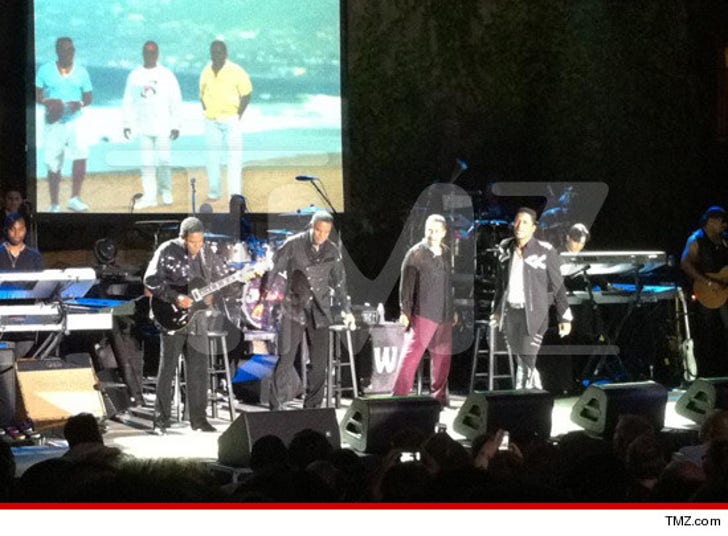 Katherine wasn't there alone ... Prince, Paris and Blanket tagged along with their grams -- who just last week was reported missing after spending a week in Arizona with other members of the Jackson clan.

During the concert, Jermaine -- who is on opposite sides of the feud than his band mate brothers -- played a whole set by himself ... singing several songs as a solo act.

We're told MJ's kids, who were watching from the crowd, didn't appear to be having that much fun.