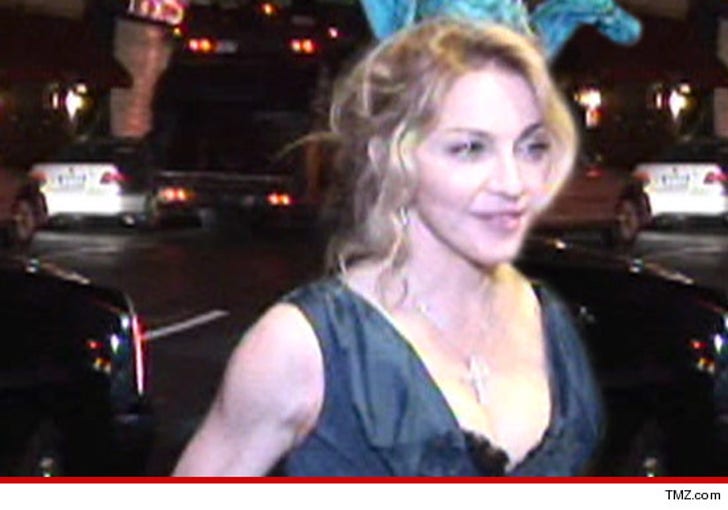 That riot at a Madonna concert in Paris had nothing to do with her brief performance -- it was payback for Madge's repeated use of a video featuring a swastika on a French politician ... this according to fans at the show and sources connected to the venue.

TMZ spoke with several people who were in the crowd Thursday night (and have been to several of Madonna's recent concerts). They say there were 10 or so "fans" in the audience who started the ruckus ... and those people were overheard yelling about Marine Le Pen.

Madonna has been at odds with Le Pen ever since she started projecting the right-wing leader's face -- with a swastika over it -- during this tour.

We're told local police spoke to members of Madonna's crew the day after the concert ... and said they believe the riot was preplanned by a group of locals looking to cause trouble.

According to our sources, the majority of Madonna fans knew to expect a short show -- as all her club dates tend to be -- so that could not have been the cause of the riot. 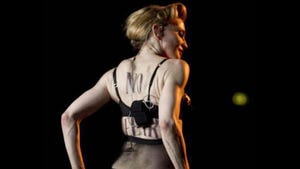 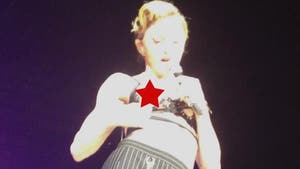 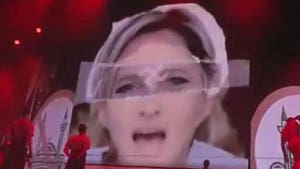