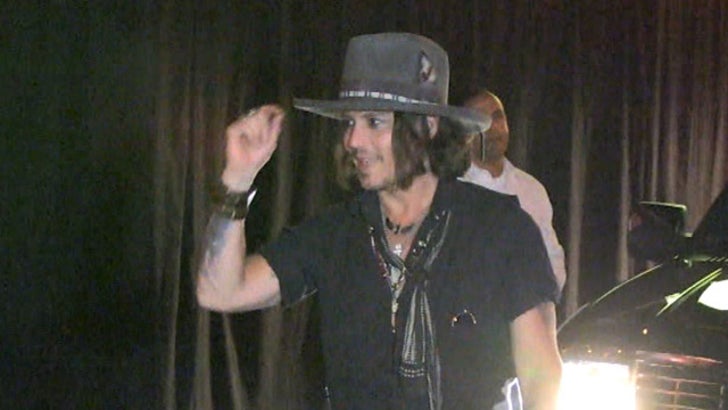 A freshly-single Johnny Depp threw on some eyeliner and his finest pashmina last night ... and partied his face off with his boys from Aerosmith ... the first time we've seen the actor in public since announcing his split from Vanessa Paradis.

Depp was among the legion of stars who attended the Aerosmith after party at Pink Taco in West Hollywood -- a list that included Jim Carrey, Seth Green, Lana Del Rey and the guys from Tokio Hotel.

One source inside the party tells us, "Aerosmith rented the place out ... one of the greatest parties I've ever seen ... legendary."

It's been roughly six weeks since Depp and Paradis broke things off -- after spending 14 years together. Maybe a little Pink Taco action is just what the doctor ordered. 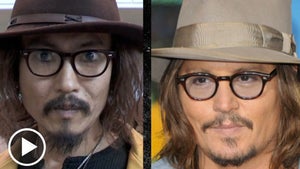