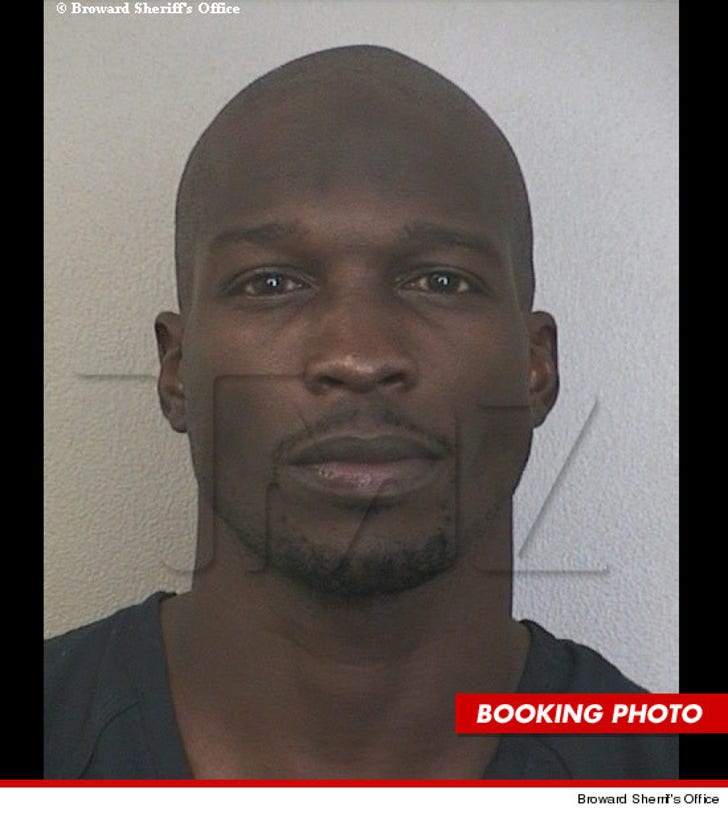 Law enforcement sources tell us Johnson allegedly head-butted Lozada during an argument, and when cops arrived to the scene, Lozada had lacerations on her forehead.

Our sources say Lozada has been at the hospital for several hours.

According to our sources, the fight started when Lozada found a receipt for condoms in the center of the couple's Maserati and confronted Johnson about it. A verbal argument ensued.

We're told at some point during the argument, Johnson head-butted Lozada. According to reports, Johnson told police he butted heads with Lozada by accident.

Johnson is reportedly still in custody and will have to go before a judge before he can be released.

Johnson and Lozada were married last month after Johnson proposed in November 2010 with a massive 10-carat diamond ring.

8:45PM PT Johnson is still at the Davie, FL police station, but will eventually be transferred to a county jail facility. Authorities tell us he will remain in custody tonight, and since there are no bond judges scheduled to work Sunday ... it's entirely possible Chad will be cooling off behind bars until Monday morning.