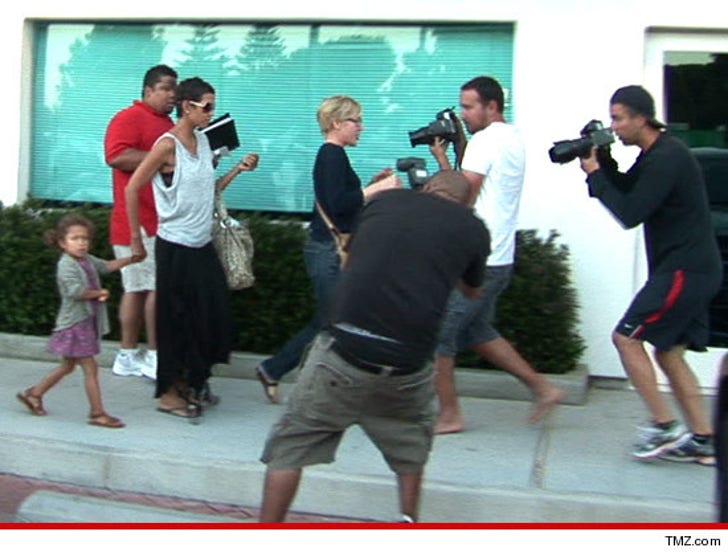 Halle Berry is going to court today to convince a judge to let her move to Paris with 4-year-old Nahla -- over the vigorous objections of baby daddy Gabriel Aubry -- and Halle's secret weapon is the paparazzi.

Halle will try to prove it's unsafe for her to continue living in the U.S. because the paparazzi have created extreme danger for her and Nahla. We've been in touch with various paparazzi agencies and know Halle's lawyer, Stephen Kolodny, has been on the hunt for video he can show the judge ... hoping to show Halle and Nahla being "terrorized" by aggressive photogs. The trial will become a video presentation, which will include a crazy scene where Halle had to call the Beverly Hills Police so she and Nahla could make an escape from a restaurant.

Ironically, Halle has subpoenaed her arch-enemy, paparazzo Andrew Deetz. You'll recall, Halle went nuclear on the guy (see video) after he dogged Nahla at her school. Sources connected with Deetz tell TMZ ... Deetz has not only been subpoenaed, he will gladly testify it's his job to be uber-aggressive. 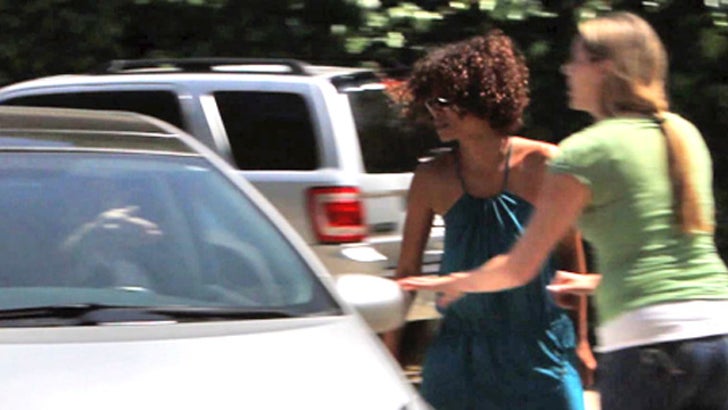 And we've spoken with sources connected with expert witnesses who will testify Halle and Nahla will get safe haven in France, where it's a crime to harass celebrities in public.

Kolodny did not return our calls.

TMZ will be in court for the fireworks.

Sources connected with Gabriel tell us ... the model knows Kolodny will also set his sights on him, painting him as a lousy human being. 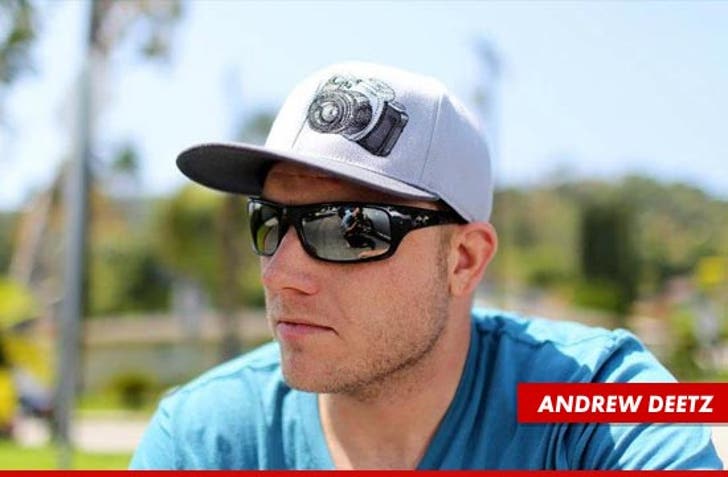 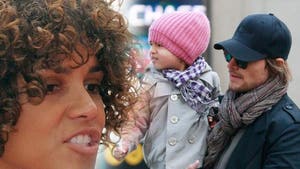 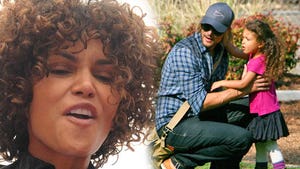