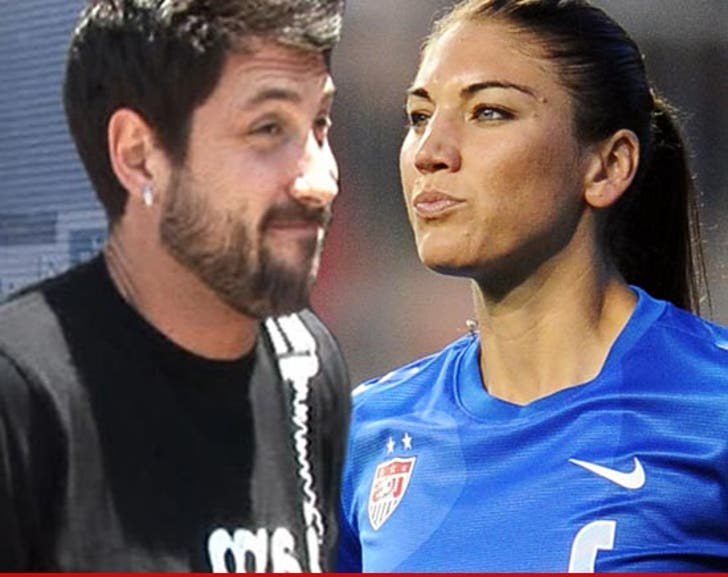 Maksim Chmerkovskiy is adamant ... he NEVER slapped Hope Solo across the face behind the scenes at "Dancing with the Stars" ... despite allegations she made in her new book.

TMZ has learned ... Maksim was absolutely shocked when he heard about the "completely false" story in Hope's book, "Solo: A Memoir of Hope" ... in which the Team USA soccer star claims Maksim pulled a Rick James while trying to put her head in the correct position for a dancing move.

Sources close to Maksim tell us ... he has no idea why Solo would publish such a false and defamatory statement and doesn't know why she would have such ill will towards him ... especially because they've had dinner several times since the show ended.

In fact, Hope JUST tweeted Maksim right before the Olympics, offering him free seats to one of the Team USA soccer games.

Hope's rep tells TMZ, she stands by what she wrote in her autobiography.