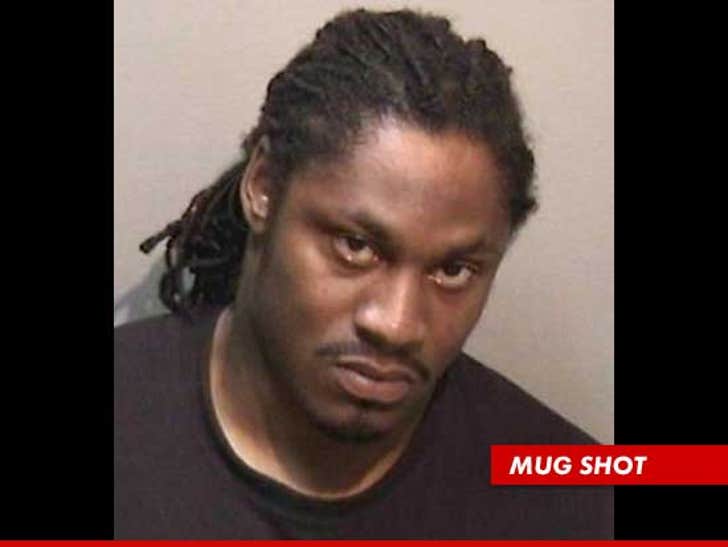 Things are getting racial in the Marshawn Lynch DUI case -- the NFL star's lawyer tells TMZ he believes the two white cops who arrested Lynch may have had it out for the running back because of the color of his skin.

Lynch was pulled over by the California Highway Patrol in Oakland back in July and was arrested for drunk driving after officers say his blood alcohol level was above the legal limit. In the police report, cops said they had noticed the Seattle Seahawks running back had been swerving all over the road.

But Lynch's attorney, Ivan Golde, tells us "There may be an issue of police misconduct/racism based on the fact that you have two white cops [and] an African American defendant by himself."

Golde believes the proof may rest in the fact that the incident was NOT captured on the CHP dash cam. Golde claims cops told him the recording device was "not functioning properly" during the arrest.

"There’s an inference, a possibility ... it doesn’t take a rocket scientist to say that the police maybe turned it off," Golde says.

TMZ spoke with a rep for the CHP who tells us, "Although the lawyer for Mr. Lynch alleges there is possible police misconduct and racism because both of the officers who arrested him were of Caucasian ancestry and their patrol vehicle's mobile video/audio recording system was inoperative, this allegation is false and without merit."

The rep continues, "False allegations such as this undermine the mission and morale of all public safety personnel who faithfully work and serve within our communities."

Read the entire CHP statement after the jump.

STATEMENT FROM THE CHP:

Regarding the matter of Marshawn LYNCH, Mr. LYNCH was arrested by California Highway Patrol (CHP) personnel for Driving Under Influence of Alcohol or Drugs, sections 23152(a) and 23152(b) of the California Vehicle Code. The arrest occurred Saturday, July 14th, 2012, within the city of Emeryville.

The driver of the van could not keep the van safely within its traffic lane, id est, the van was weaving from lane-to-lane. As the van weaved from lane-to-lane, it had near collisions with other vehicles traveling within adjacent traffic lanes. The officers initiated an enforcement stop to determine the condition of its driver (id est, drowsy driver, impaired driver, medical incident). The enforcement stop location was within the city of Emeryville.

The officers contacted the driver of the Ford van and identified him via his California driver's license as Marshawn Terrell LYNCH. Mr. LYNCH displayed objective signs of intoxication. Due to Mr. LYNCH'S poor driving, his display of objective signs of intoxication and performance during multiple field sobriety tests, the officers concluded Mr. LYNCH was an impaired driver and unable to safely operate a motor vehicle.

This conclusion was also based upon the officers' experience and training. They arrested Mr. LYNCH for Driving Under Influence of Alcohol or Drugs, and transported him to and booked him into the Alameda County Sheriff's Department North County Jail without incident.

The officers completed an arrest report and it been submitted to the Alameda County District Attorney's Office for review and criminal prosecution.

CHP personnel, both sworn and non-sworn, are required to embrace and adhere to the CHP's organizational values. These values include respect for others, fairness, ethical practices and equitable treatment for all.

The officers who arrested Mr. LYNCH displayed these organizational values throughout their contact with him. Although the lawyer for Mr. LYNCH alleges there is possible police misconduct and racism because both of the officers who arrested him were of Caucasian ancestry and their patrol vehicle's mobile video/audio recording system (MVARS) was inoperative, this allegation is false and without merit. False allegations such as this undermine the mission and morale of all public safety personnel who faithfully work and serve within our communities.