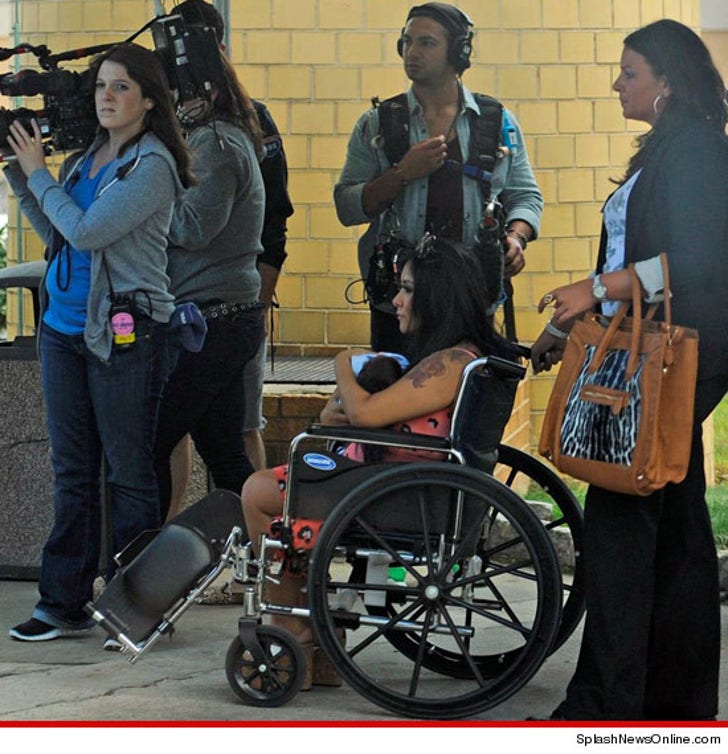 Son of Snooki was officially unleashed on Planet Earth today ... and TMZ has the very first pics of lil' Lorenzo LaValle and his mommy being carted out of the a New Jersey hospital.

You can't see much of Lorenzo's face ... only the top of his head ... which appears prime for gobs of gel and grease.

Mama Snooks was clutching her little boy with both arms ... holding him tighter than a cup of Ron-Ron Juice at Karma nightclub.

Snooki gave birth on Sunday ... but it appears she's already back to normal ... rocking a pair of platform wedges as she was wheeled back into reality ... TV ... as an MTV camera crew documented the entire thing. 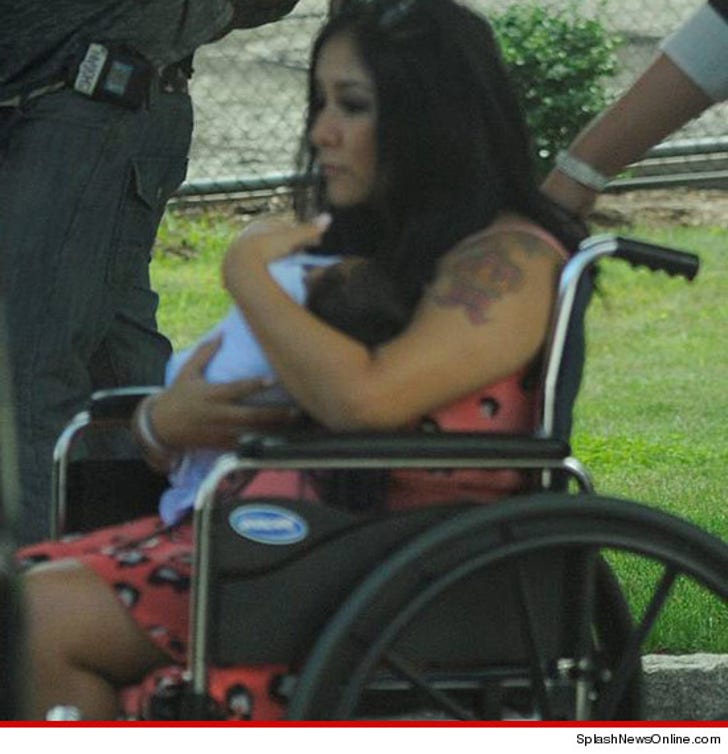