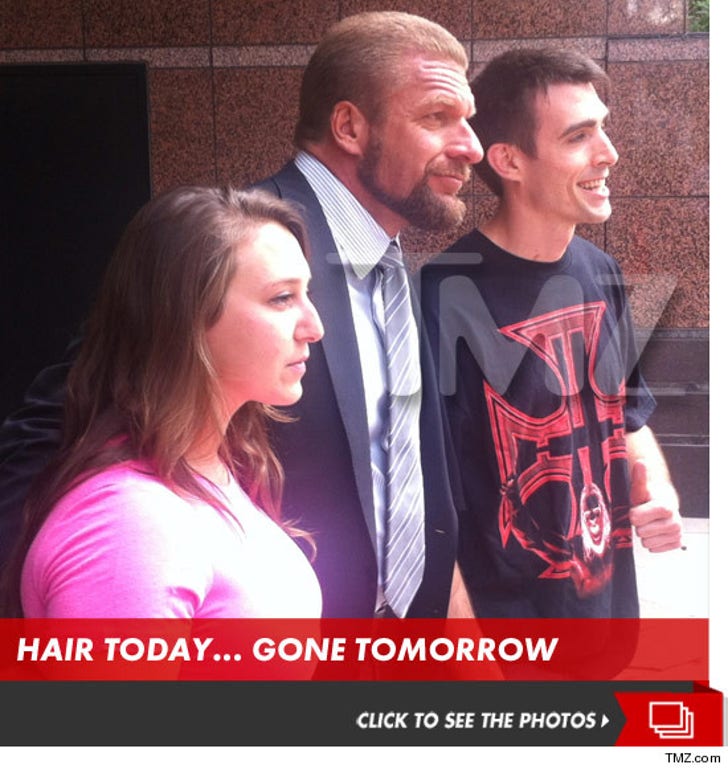 Hunter Hearst Helmsley has done the unthinkable ... HE CHOPPED OFF HIS FLOWING GOLDEN LOCKS!!!

TMZ obtained photos of a shorn Triple H posing for pics with fans outside Titan Tower in Connecticut earlier today ... barely recognizable without his signature mane.

Triple H had rocked the long hair ever since he debuted in the WWE in 1995 ... it's unclear when he decided to hack it off. 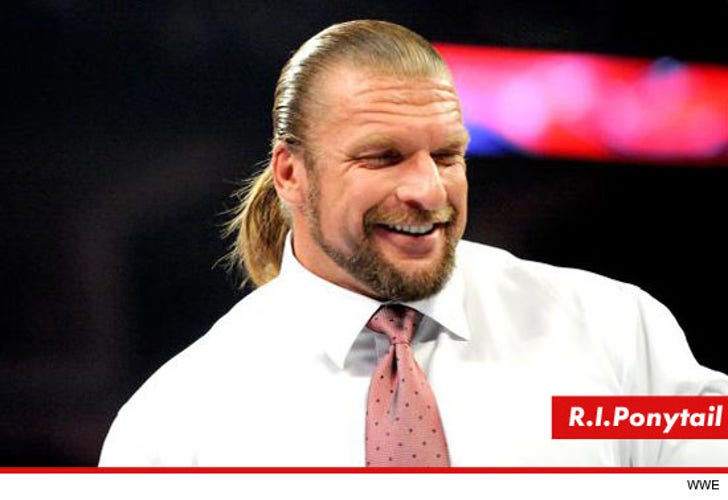 But ... HHH has been contemplating hanging up his tights ever since he lost to Brock Lesnar at SummerSlam ... and now the new 'do could be a sign that he's decided to leave the ring for good and commit to his corporate job with the WWE.