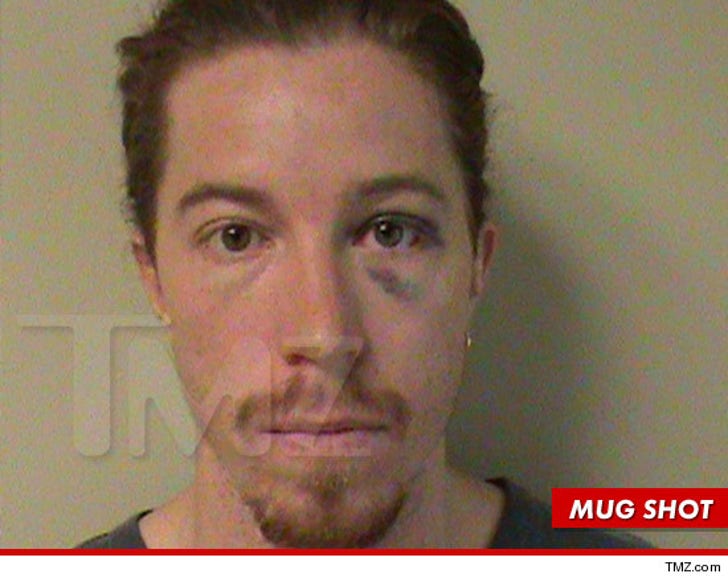 Shaun White's mug shot seems to confirm what sources have told TMZ -- that the Olympic gold medalist allegedly attacked someone who tried to stop him from fleeing the Nashville hotel where he allegedly raised hell.

The Nashville Metro Police Dept. tells TMZ ... cops responded to the Loews Vanderbilt Hotel around 2 AM on Sunday after getting a tip that an allegedly intoxicated White pulled a hotel fire alarm, causing an evacuation of the entire hotel. A hotel employee also told police White smashed a hotel phone.

Cops say ... a concerned citizen tried to stop the 26-year-old from leaving the scene in a taxi ... but White allegedly kicked the person and proceeded to flee on foot.

According to police, the alleged victim says he chased after White ... and collided with the snowboarder .... causing White to fall backwards and slam his head against a fence.

Cops say White appeared to be extremely intoxicated and reeked of alcohol at the time of the altercation.

White was transported to a nearby hospital where he was booked for vandalism and public intoxication. The citizen declined to pursue assault charges.