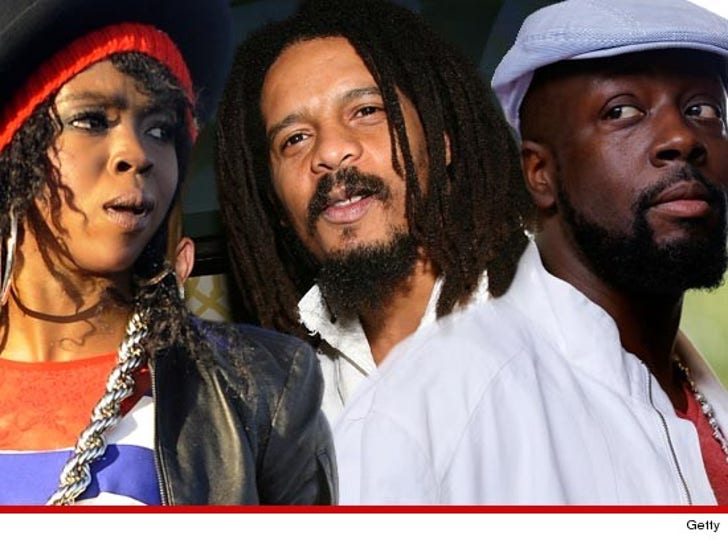 Wyclef Jean's claim that Lauryn Hill duped him into thinking he knocked her up ... is "bulls**t" and a money-making ploy -- at least according to Lauryn's real baby daddy ... Rohan Marley.

Wyclef dropped the bomb about his ex Fugees bandmate in his new autobiography ... claiming they had an affair in 1996 -- while he was married -- and Lauryn made him believe he fathered her first child, Zion David.

Rohan -- one of Bob Marley's sons, and a former football stud at U. of Miami -- does admit Lauryn and Wyclef screwed around before he came on the scene, but says he's confident it ended because Wyclef actually played matchmaker ... "They were definitely not messing around, or he would never have given me the okay."

He also says he and Lauryn were together in studio sessions night and day back then so there wouldn't even be time for her to have the alleged affair.

Rohan added he thinks Wyclef is "just saying false things to get book headlines" -- and he has no plans to talk it out with 'Clef because "he knows he is fronting himself.

For his part, Wyclef tells TMZ, "There is no way that I would have shown up in the hospital in that circumstance to wait for a baby to be born if it was not mine. The idea of a memoir is to tell the truth. I know that often the truth hurts, but a lie hurts even more." 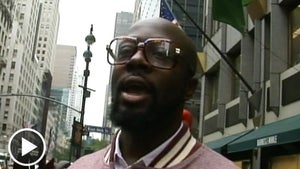