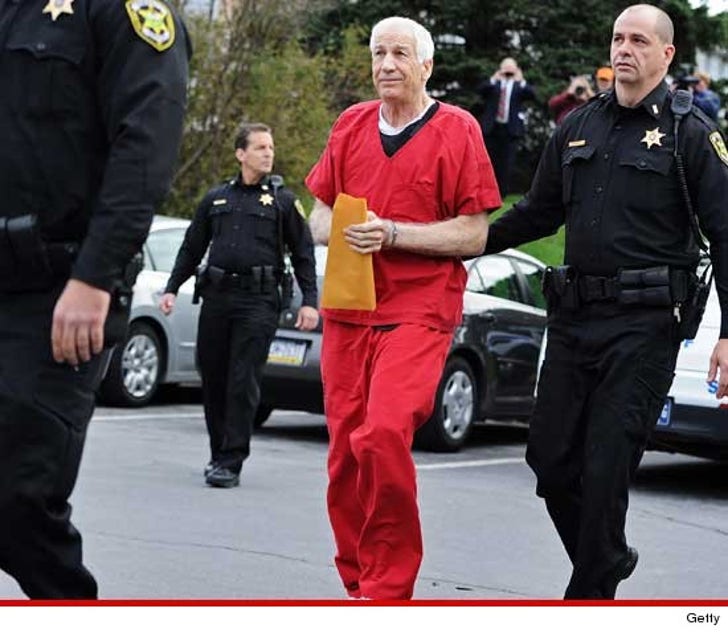 Convicted child rapist Jerry Sandusky has just been sentenced to 30 to 60 years in prison ... which means he'll most likely die behind bars.

The 68-year-old former Penn State assistant football coach was facing up to 400 years behind bars ... after he was convicted on 45 counts of sexual assault involving 10 to 15 boys.

Sandusky will serve NO LESS than 30 years, because under Pennsylvania law, he can't be released on parole before the minimum term is up. He will get credit for 112 days served.

Sporting a fresh pair of shackles, Sandusky wore a red prison jumpsuit to court and appeared thinner than usual. He was also wearing a bulletproof vest.

Jerry's wife Dottie was in attendance when the judge issued the sentence. Six of Sandusky's victims were also present.

Jerry also addressed the court -- and once again proclaimed his innocence during what is being described as a rambling, babbling batsh*t crazy statement.

The mother of one of the victims read a statement in court ... and said her son contemplated suicide after Sandusky's attack.

Sandusky smiled on his way into court.

Sandusky swears he's innocent -- the REAL victim in a vast conspiracy -- and vows to appeal the sentence. 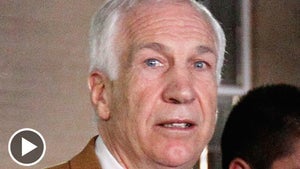 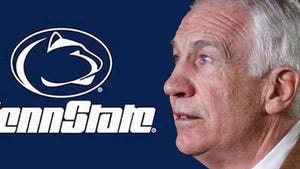