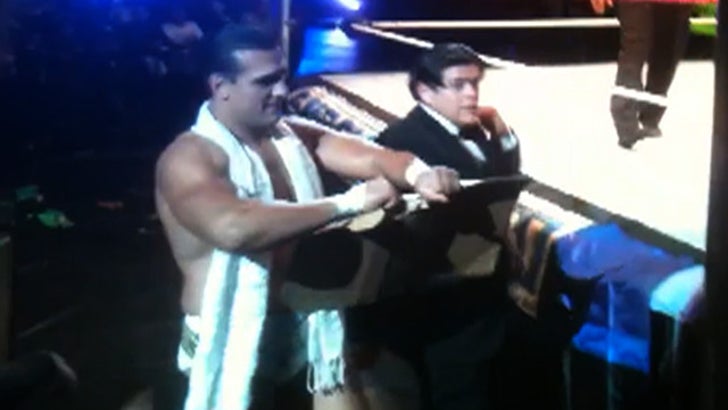 A mother will do anything to protect her kid -- just ask former "Shark Tank" winner Shelly Ehler ... who's picking a fight with a 6'5", 239-pound WWE star after he made her 8-year-old cry.

Ehler -- who scored a $75k investment on "Tank" for her ShowNo towels -- has a serious beef with Alberto Del Rio ... who snatched her son's handmade sign during a WWE event in Anaheim, CA this weekend ... and RIPPED IT UP (or at least tried to).

In the video (above) Del Rio isn't quite strong enough to rip the sign in half (it is cardboard) ... so he takes off small, pathetic, chunks instead.

FYI -- it's standard practice for the wrestlers to interact with audience members "in character." In this case, the sign was pro-Sheamus ... the wrestling arch-nemesis of Del Rio.

But TMZ spoke to Shelly, who says her 8-year-old was terrified by the wrestler's actions and instantly burst into tears. She adds, "Del Rio is a bully. I looked at him and said 'he's crying' ... and he mocked him." 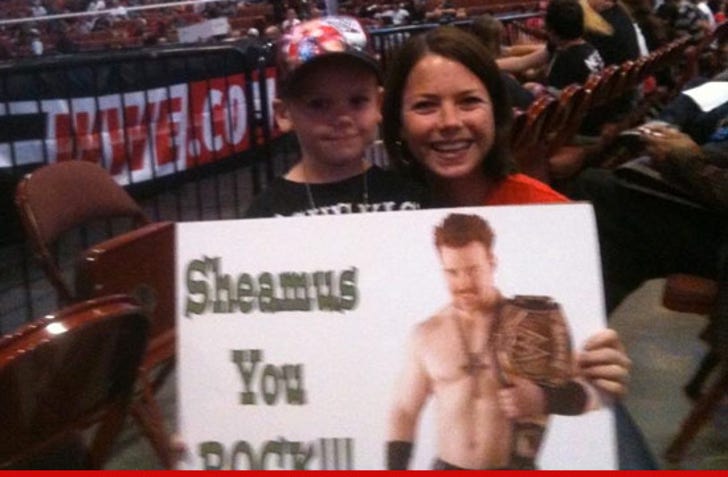 Shelly -- who says her 8-year-old cried all the way home -- vented her frustrations to the wrestler on Twitter and then fired off an angry letter to the WWE.

In the letter she says, "Take signs from adults NOT KIDS! My son was bullied by your superstars and it is not okay."

Despite her demands, Shelly claims she's heard crickets from Del Rio -- but his manager tweeted her back and said, "lol blah blah blah."

FYI -- as soon as Shelly contacted Sheamus about the incident ... he immediately offered to send her son a signed photo and meet with him next time he's in town.

7:15 AM PT -- A rep for the WWE tells TMZ ...“While Alberto Del Rio and Ricardo Rodriguez were portraying their WWE characters, we sincerely apologize for any misunderstanding that may have occurred.” 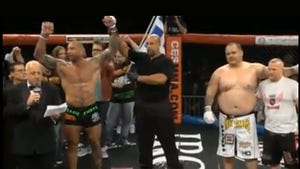