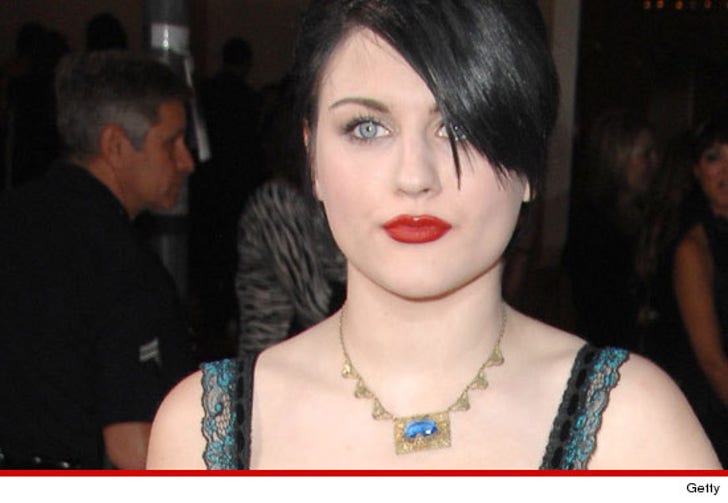 A man was arrested at the home of Frances Bean Cobain today after a housesitter discovered him inside without permission ... TMZ has learned.

Law enforcement sources tell TMZ ... Cobain's housesitter came across the man when she returned home today. We're told the man -- a white male in his 20s -- claimed he knew Cobain and she had given him permission to stay there.

Our sources say the housesitter didn't buy his story, so she called police. When cops arrived, we're told he gave the same story.

Law enforcement sources tell us when cops reached out to Cobain, her people told them she had no clue who the man was.

He was subsequently arrested for burglary and is currently in custody.