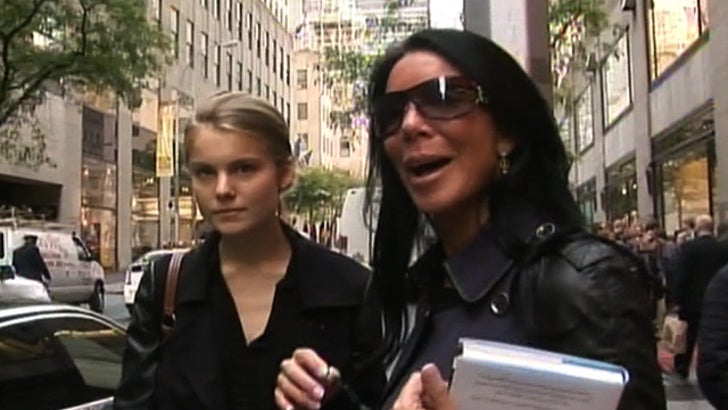 THE B*TCH IS BACK ... well, almost ... 'cause Danielle Staub says she had a meeting with Bravo honcho Andy Cohen yesterday and claims they totally talked "Housewives."

Staub -- who was booted from "Real Housewives of New Jersey" in 2010 -- was in NYC with her daughter yesterday when she told us about the sit-down with Cohen.

"It was a general meeting," Staub says ... adding, "There was a lot of talk about everything -- including Housewives."

As for rumors that Staub ALREADY has a deal in place to return to the show, Staub says it's bogus ... nothing is official ... yet.

But if she does return, it's gonna be great -- 'cause it's clear she still HATES her former castmates. When we asked if she's spoken to any of the women, Staub shot back -- "No, I have absolutely no interest in speaking to any of them."