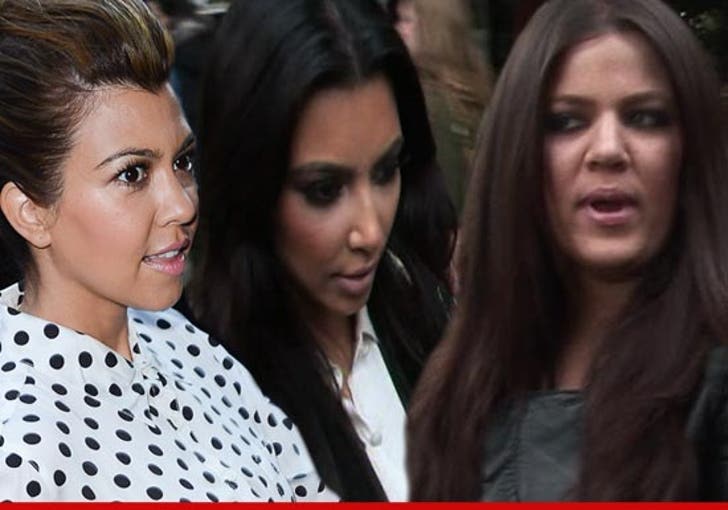 The Kardashian family attorney tells TMZ, "The Kardashians value the integrity of trademark ownership and as such they align themselves with partners who do so as well. Their partner in their cosmetics line, Boldface licensing + branding, went through the appropriate legal channels in obtaining the rights to use the name Khroma Beauty by Kourtney, Kim and Khloé in the Color Category with the United States Patent and Trademark Office, making all proper legal filings."

He adds, "As a result, it is the Kardashians' firm belief that Boldface licensing + branding's use of the name Khroma Beauty by Kourtney, Kim and Khloe marketed with the distinctive Kardashian name is appropriate and does not violate the rights of any other entity."

The Kardashian family is now fighting TWO makeup wars at the same time -- TMZ has learned a second cosmetics company has accused the K-squad of trademark-jacking.

As we previously reported ... Kim, Kourtney and Khloe are about to launch a new makeup line which they're calling Khroma (they love the "K" thing).

Problem is ... they've already received legal threats from a Bev Hills makeup company called Chroma over alleged name-stealing ... and now ANOTHER company has entered the mix.

The new company is called Kroma (no "H") ... and according to documents filed with the U.S. Patent and Trademark Office, it already locked down the legal rights to that name back in January.

So when Kroma (no H") found out about the Kardashian line ... sources say the honchos were pissed ... and immediately fired off a cease and desist letter to stop Khroma (with "H").

And get this ... we've obtained official docs which show the U.S. Patent and Trademark office had already REJECTED a trademark request by the Khroma people (with "H") back in September ... because the name was too similar too Kroma (no "H").

We're told Kroma (no "h") recently met with Kardashian reps regarding the trademark -- but were unable to come to an agreement -- so Kroma is now exploring its legal options.

We reached out to the Kardashian family ... so far, no response. 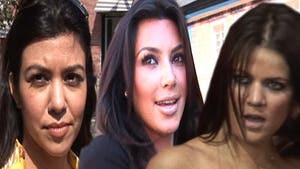 The Kardashians -- We'll Win Makeup War ... With Our Secret Weapon 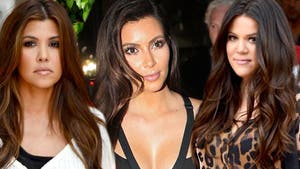 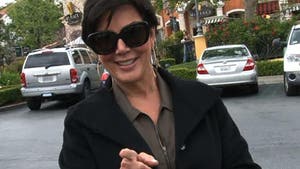