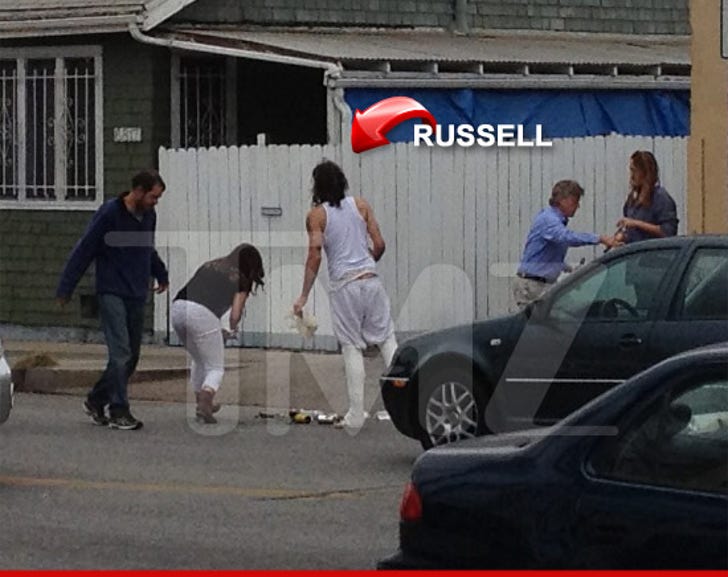 Russell Brand turned a homeless man's life upside down today -- literally -- but in the end he made things right.

Russell was tooling around Hollywood in his Range Rover at around 9 AM, when he accidentally smashed into a homeless guy's shopping cart, filled with recyclables and other stuff. 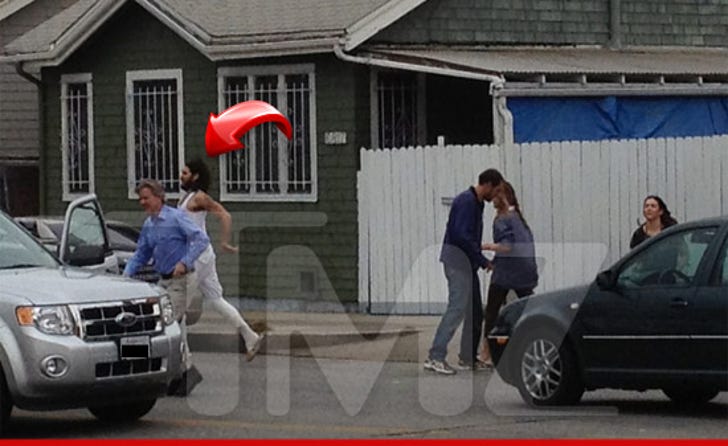 But Russell knows when he makes a mess -- he quickly jumped out of his car and helped the homeless guy pick up the stuff and place it back in the cart.

The homeless guy wasn't hurt -- and went on his merry way.

It's Russell's latest homeless person encounter -- in September he took a bunch of homeless dudes to breakfast. Another time he let a homeless man use his bath. 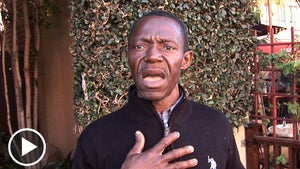 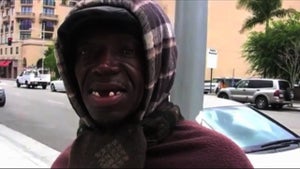