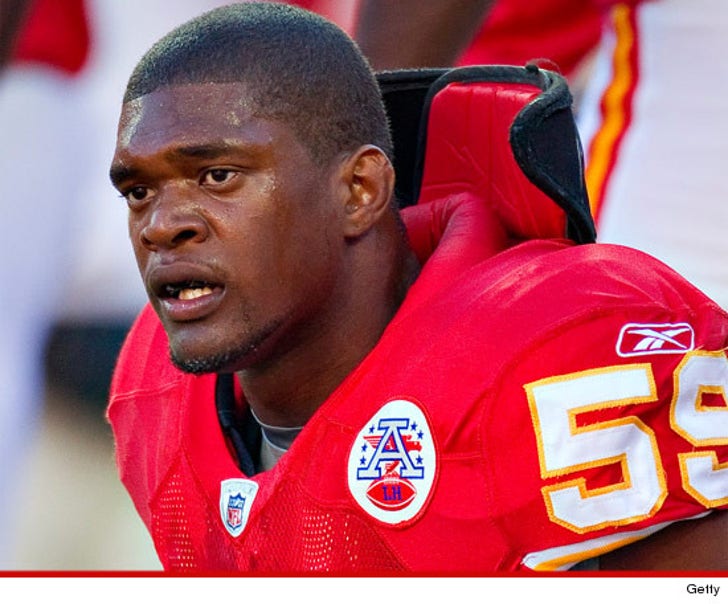 Kansas City Chiefs linebacker Jovan Belcher shot and killed his girlfriend early this morning, then drove to the team facility and committed suicide in front of his coach and general manager, this according to the Kansas City Police Department.

Police Capt. David Lindaman says that Belcher and his girlfriend -- who had just given birth to the couple's child three months earlier -- began arguing around 7:00 AM local time.

Lindaman says Belcher shot the woman multiple times and she was later pronounced dead at a local hospital.

Police say Belcher left the scene and drove to the stadium where he was confronted by team personnel, including GM Scott Pioli and head coach Romeo Crennel. According to police, they tried to keep Belcher from committing additional acts of violence.

Just as police arrived on the scene, they heard a gunshot and discovered Belcher had shot himself in the head. Cops say before firing the shot, Belcher thanked Pioli and Crennel for all they had done for him.

The coaches told police they never felt as if they were in danger.

Belcher had been with the Chiefs for four seasons after being undrafted out of the University of Maine.

The Chiefs host the Carolina Panthers tomorrow and the game will be going forward as planned. A team spokesman says Crennel plans to coach.

Kansas City Chiefs Chairman & CEO Clark Hunt released a statement saying, "The entire Chiefs family is deeply saddened by today's events, and our collective hearts are heavy with sympathy, thoughts and prayers for the families and friends affected by this unthinkable tragedy. We sincerely appreciate the expressions of sympathy and support we have received from so many in the Kansas City and NFL communities, and ask for continued prayers for the loved ones of those impacted."