No, this is not a picture from a gangster movie ... it's Korean rapper Psy puffing a cigarette in the back of his car -- right BEFORE watching his new-found American fame almost go up in smoke.

Psy looked cool as a cucumber out in NYC on Thursday ... just hours before footage unearthed, which showed the rapper at a concert back in 2004 singing "Kill those f-ing Yankees" and smashing toy American tanks.

Psy apologized as soon as the news broke, claiming the concert was years ago and his words were a reaction to the Iraq war.

Psy is scheduled to perform in front of President Obama on Sunday and petitions (which have since been pulled down) were reportedly circulating earlier today in an effort to ban the rapper from performing in front of POTUS.

The White House confirmed Sunday afternoon that Psy will perform as scheduled.

We're guessing he could use another cig right about now. 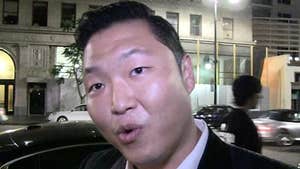 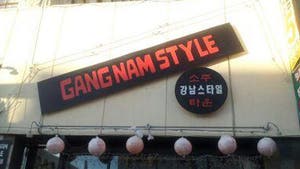