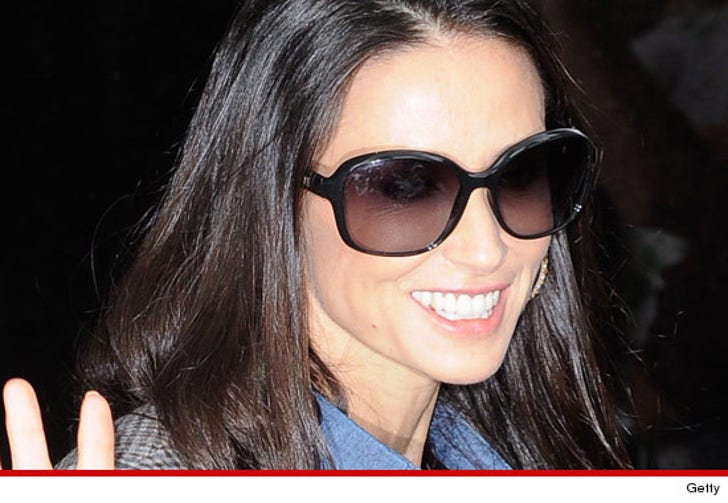 Demi Moore planned to divorce Ashton Kutcher from the day she left him in November, 2011 ... sources connected with the former couple tell TMZ.

As we first reported ... Ashton wanted to give Demi the chance to file herself -- a whole dignity thing since he's the one who was allegedly cheating on her -- but he finally got tired of waiting after a year and filed for divorce Friday.

But our sources say Demi was not stalling ... there was something going on with some sort of financial issues between the two of them that prevented her from filing ... something she was trying to resolve. We're told Demi never wavered in her resolve to get unhitched.

One final thing. Our sources say Demi is "genuinely happy" now and has no regrets about moving on.