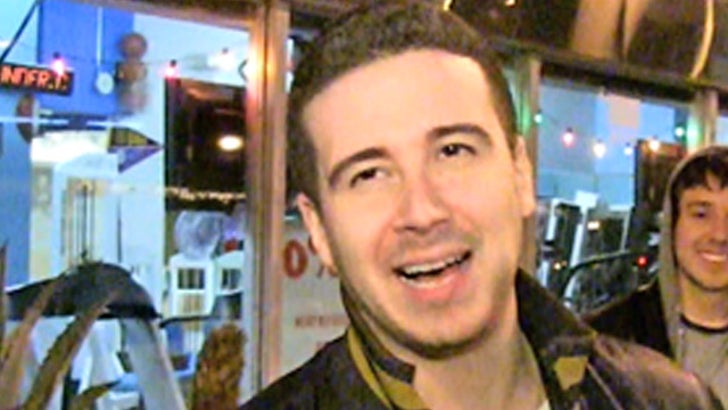 With "Jersey Shore" officially in the history books ... Vinny Guadagnino says he's looking to transition into a career with even more sex, booze and drama ... POLITICS!!

Vinny was leaving Bootsy Bellows nightclub in West Hollywood the other night ... when he told us he's still planning on going to law school -- even though he doesn't want to practice law.

"I want to get into politics," Vinny says ... "So I was gonna go to law school to get involved in politics."

He added, "I know this sounds weird stumbling coming out of a club ... but I actually have a brain."

Fun Fact: Vinny says he got a 3.9 GPA in high school

As for his political aspirations ... VG seems to have all the prerequisites: Scandalous past? Check. Shady friends? Check. Thirst for power (and alcohol) ? Check and CHECK!