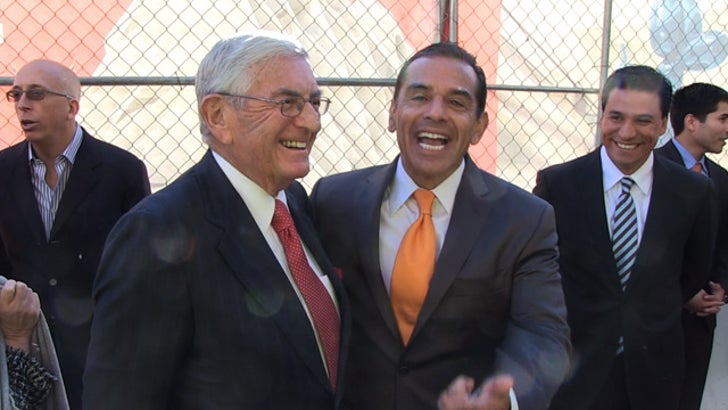 For a guy who earned the nickname Mayor Suave, Antonio Villaraigosa was anything BUT smooth when we asked him about the ongoing Charlie Sheen drama yesterday ... in fact, AV's response is downright laughable.

Villaraigosa was in L.A. for an event with philanthropist Eli Broad when we asked about Charlie Sheen's recent claim -- that he and the mayor partied together in Mexico for HOURS.

Of course, AV has been in media "spin mode" ever since a photo emerged of the two -- with Villaraigosa claiming he simply posed for a pic with Sheen during a harmless 3 minute encounter ... and nothing more.

Sheen called BS (and later apologized for calling BS, but never took back his story).

But when we asked about Sheen's claims yesterday ... the Mayor tried to change the topic in the most awkward way possible ... and then tried to mock the situation.

It's so shameless, you can't help but laugh. 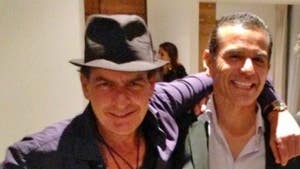 Charlie Sheen: Mayor Villaraigosa Is Lying -- We Partied For Hours 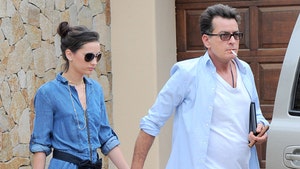 Charlie Sheen -- I GOT A NEW GODDESS 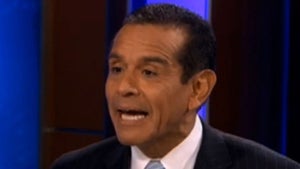 Mayor Antonio Villaraigosa -- Charlie Sheen's Not My Bro ... It's Just a Picture