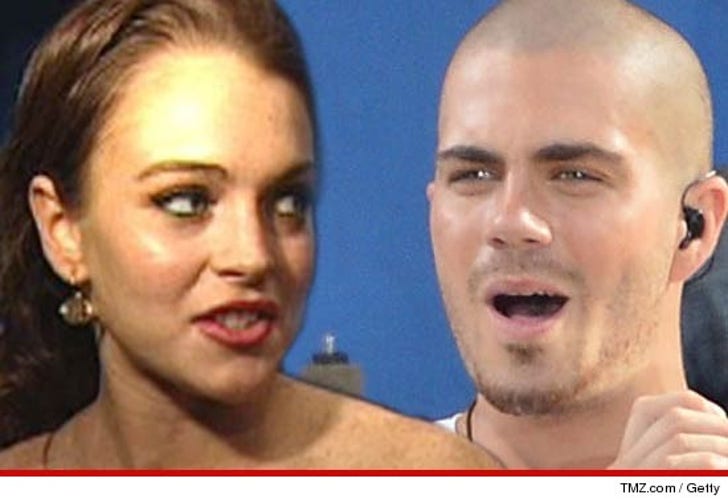 Things are getting super serious between Lindsay Lohan and Wanted singer Max George --'cause TMZ has learned he just took her home to meet his parents in the U.K. ... and we're told it went off without a hitch.

Lindsay and Max have been (unofficially) seeing each other since that fateful night in November -- when she allegedly punched a fortune teller at an NYC nightclub -- but this week, they took their relationship to the next level.

Lindsay's been partying it up recently in London -- as we reported -- and sources close to the actress tell us, Max invited her out to his parents' house in Manchester while she was in the area.

Lindsay happily made the visit early this week -- and we're told Lindsay had a great time, hanging out with the whole George clan for an entire day ... and she felt very at home.

We're told Lindsay and Max have been in constant contact since the last Wanted concert Lindsay attended last month (in the U.S.) -- and Max was adamant about her meeting his family.

As of now, we're told Lindsay and Max are NOT officially GF and BF -- just friends who enjoy each other's company ... and probably bang each other a lot.