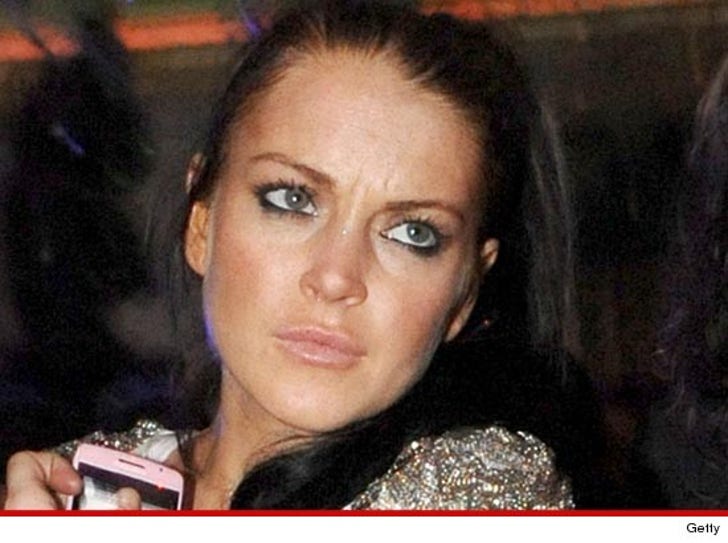 Lindsay Lohan should kiss Shawn Holley's butt ... because Shawn just saved hers by claiming to rep her even though Lindsay unceremoniously fired Shawn.

As we told you ... Lindsay signed a termination letter Monday which her new lawyer Mark Heller sent to Shawn. But Heller -- a New York lawyer -- is not licensed to practice in California and did not appear in court today for Lindsay's arraignment. If Shawn told the judge she was fired and formally asked to be relieved, the judge could have and probably would have issued a bench warrant for Lindsay's arrest.

Shawn dodged the issue in open court by saying she still reps LiLo for now, which is technically true until she is formally dismissed by the judge. A confused judge then clearly called Shawn and the prosecutor up to the bench and asked WTF.

Here's where it gets totally ridiculous. Sources tell us Lindsay told Shawn yesterday that she was going to have Heller send Shawn another letter cancelling the first, but we're told that never happened. And sources connected with Heller tell TMZ ... Mr. Heller was busy Monday placing calls to Shawn, the prosecutor and the court to make it clear he's the lawyer.

Since it's not clear who is representing Lindsay anymore, the judge ordered her to personally appear on January 30, even though ordinarily the matter could be handled without her being present.

In the meantime ... if Lindsay asked Shawn to come back (and this would be the second time because Lindsay pulled this stunt on her before), Holley should run for the hills.