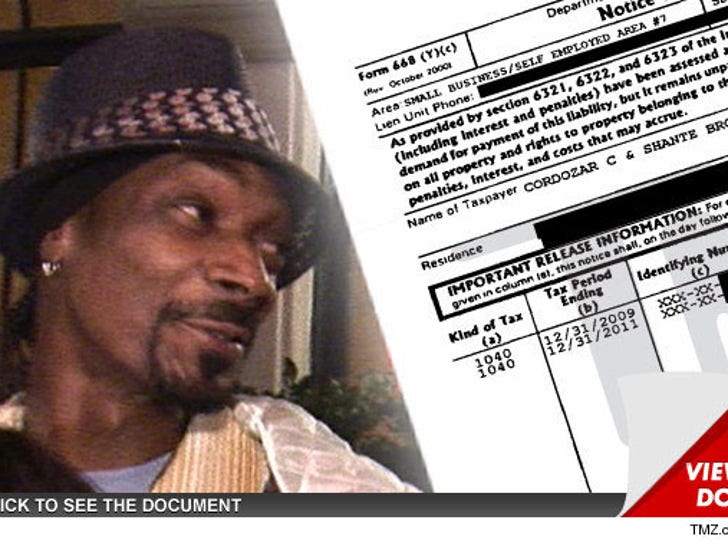 It's kinda hard bein' Snoop D-O-double-G ... especially when the IRS claims you owe more than $546k in back taxes.

It ain't Snoop's first brush with the IRS ... he reportedly owed $476k in back taxes back in 2008, but paid up when Uncle Sam brought the debt to Snoop's attention.

We reached out to Snoop's people for comment this time around -- but we're still waiting to hear back.