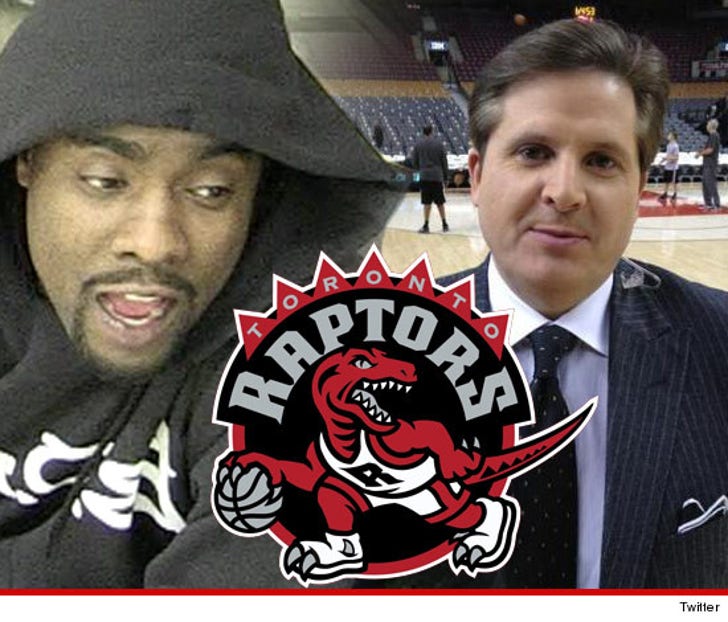 The Toronto Raptors are trying to make things right with rapper Wale ... after Wale and the team announcer got into serious beef at last night's game ... TMZ has learned.

Wale -- the Grammy-nominated artist behind the 2009 mega-hit "Chillin"-- confronted Raptors announcer Matt Devlin at the game in D.C. last night ... after Devlin made a comment on the air about how Wale is, "Not Drake, that's for sure."

Wale took the comment as an insult -- and tweeted to Devlin, "Watch your mouth." The rapper then approached the broadcasting booth and yelled a few words at Devlin. It's unclear what he said.

But now, a rep for the Raptors tells TMZ ... Matt was NOT trying to diss the rapper, but his comments were "meant to be making fun of himself for not knowing who Wale is, especially a Grammy-nominated artist with more than 2 million Twitter followers."

The rep says, "It’s a shtick that Matt and our analyst do consistently to poke fun at the fact neither is pop culture savvy."

The Raptors say Matt " feels badly that Wale may have felt he was making fun of him."

The team adds, "We have reached out to Wale’s management group to see if we can turn this into a positive. We’d like to have him join Matt on the broadcast when we return to Washington at the end of March."

We reached out to Wale -- so far no word back.